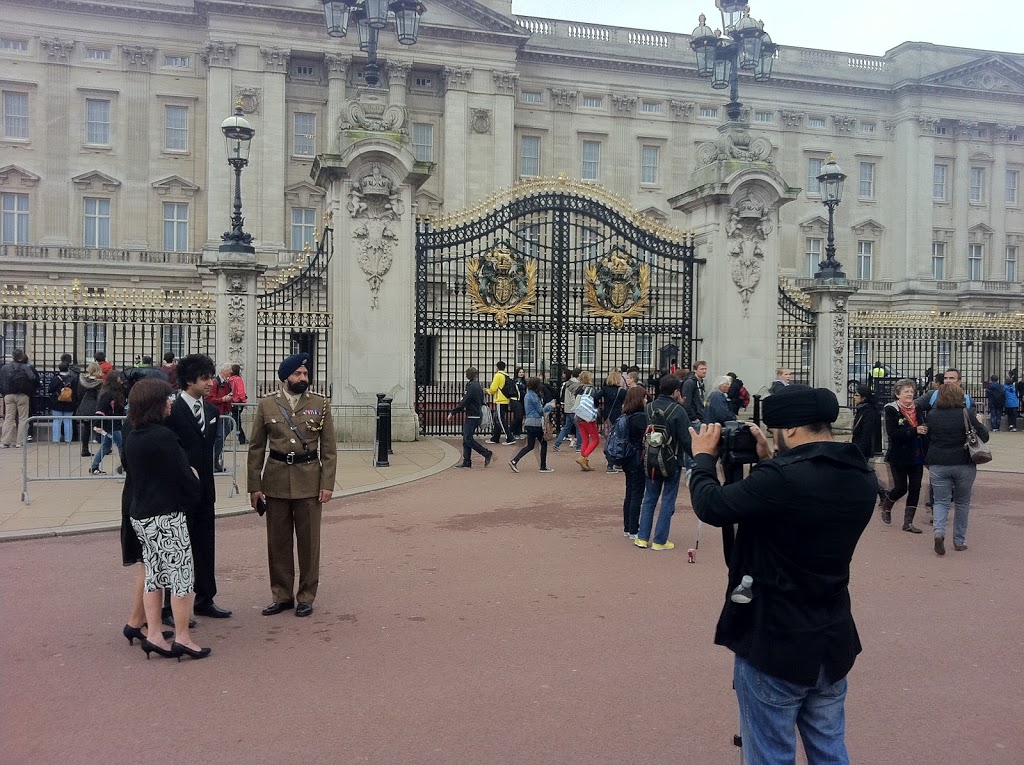 We had the pleasure of filming with Captain Makand Singh (Royal Logistic Corps) and his family – after his visit to Buckingham Palace to receive an MBE for services to Great Britain. 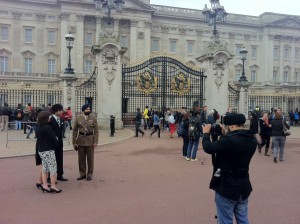 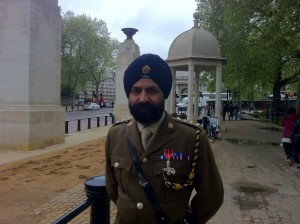 Captain Singh joined the British Army in 1977 at the age of 17 – when Britain was very different to now – what makes his story all the more fascinating for our upcoming series is that his father was the first Sikh to join an English regiment WITH his Turban and Beard.
It might seem bizarre because of the rich history of Sikhs fighting for Great Britain during the Worlds Wars, but we often forget that turbanned Sikhs who wanted to join mainland UK regiments had to conform to uniform policies at the time which did not make allowances for the Turban and uncut hair.
This was not because of any racist or discriminatory policy but because of the conformity of these units which ensured that all soldiers and officers were the same, in spirit de corps or administration.  It’s similar to what US units have been through recently, although they too have now begun to allow Sikhs to maintain their distinct identity.
The British held the Sikhs in high esteem because of the bravery and valour shown during the Anglo-Sikh Wars, WW1 and WW2 – and in far flung parts of Empire.  But never had a Sikh joined a British unit in the UK…
That was until Makand Singh’s father – Baldev Singh – applied to join.  He was rejected because he would not cut his hair.  Baldev Singh persisted, taking his case to policymakers – and won – being allowed to serve with his uncut hair.
Without his efforts, Sikhs today would have struggled to serve with their uncut and Turbans intact.  In fact, it is because of Baldev Singh’s immovable belief in his Sikh identity that the British Army has developed into such a modern and diverse workforce with a focus on recruiting black and minority ethnic soldiers and officers.
His actions inspired many people, and foremost amongst them is his son Makand Singh – who this blog post celebrates as a role model and inspiration.
Captain Singh spoke very little English when he came to the UK from Malaysia and joined the Army – but he worked his way up becoming well known for his contribution to the forces especially within sports such as Hockey and Kabaddi (which he introduced to the Army).
After 33 years in the Army – which includes postings to Germany, Belize and Hong Kong – Singh rightly adds the MBE to his achievements which include the prestigious Meritorious Service Medal for his commitment to recruiting members of the BME community.
Our interview with Makand Singh will feature in our new series coming soon – as we delve into what inspires young Sikhs to join and serve their country.  Hearing his answers outside the memorial celebrating the contribution of soldiers from all over Empire has enabled us to appreciate more the sacrifices our forefathers made for Great Britain.