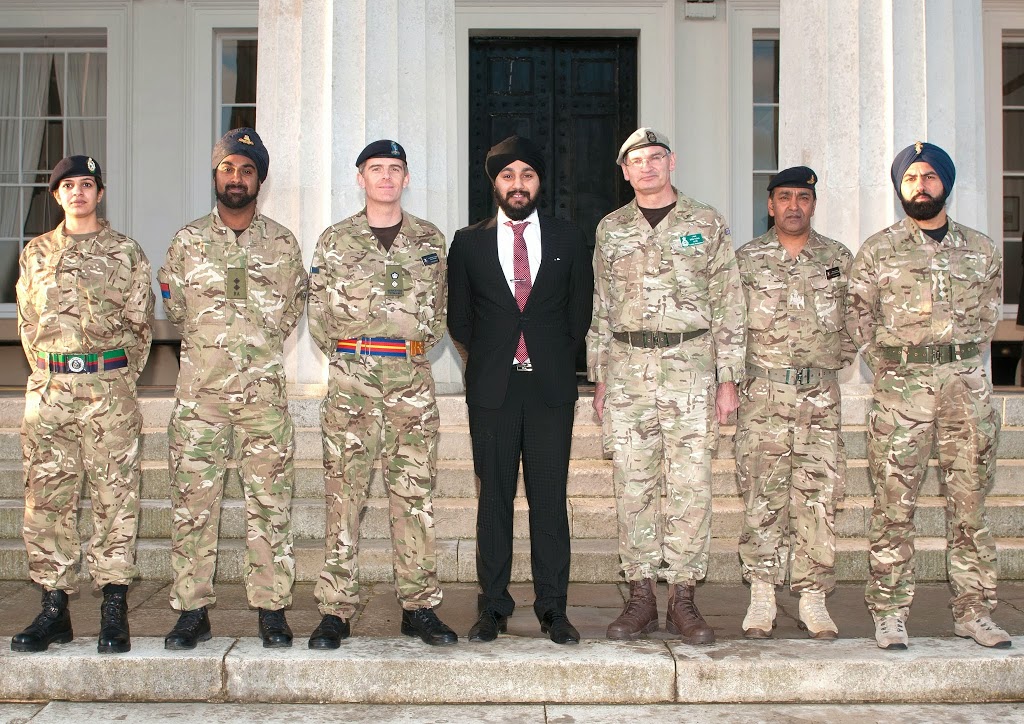 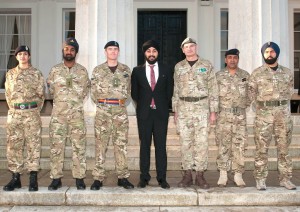 The Royal Military Academy Sandhurst hosted a unique event last week as serving Sikh soldiers joined Sikh schoolchildren at a book launch which explored the history of Sikhs in the British Army.
Saragarhi: The Forgotten Battle was written by Jay Singh-Sohal, who is also serving in the Army Reserve, and focuses on this significant battle and its relevance today for the community as well as serving Sikh soldiers.
At the event Sikh school children from Upton Grammar and Slough Sikh Academy, were given a tour of Sandhurst and the Indian Army Memorial Room, received a special screening of ‘Sikhs at Sandhurst’ and had the opportunity to speak to and question current serving members of the British Army.
Following the event, the book’s author, Jay Singh-Sohal, said:
“To pay tribute and reflect upon the story of those Sikhs who fought and died on the frontier and in the Great War in the prestigious Indian Army Memorial Room was a tremendous honour. In launching my book “Saragarhi: The Forgotten Battle” at Sandhurst I hope many more will be inspired by this story of bravery and courage.”
Captain Sartaj Singh Gogna, REME, who works as a cultural specialist with the Defence Cultural Specialist Unit, attended the event and was a panellist in the Q+A session. He said:
“This was a great opportunity to find out more about the long standing and prestigious history of Sikhs and the British Army spanning over 150 years. In addition, it afforded a fantastic opportunity for the inquisitive students to engage with serving Sikh soldiers, learning about their experiences and roles. It is important that we remember our proud and distinguished heritage serving both alongside and within the British Military, and that young Sikhs today do not forget the sacrifices made by their forebears.”
The book centres on an infamous battle that took place on the North West Frontier in 1897, and saw 21 Sikh soldiers fight to the last in defending a small outpost. The actions taken by these soldiers have cemented the reputation of the Sikhs as brave and loyal fighters.
For further information e-mail DMC-OpsPRArmyNationalPR2@mod.uk
Notes to Editors