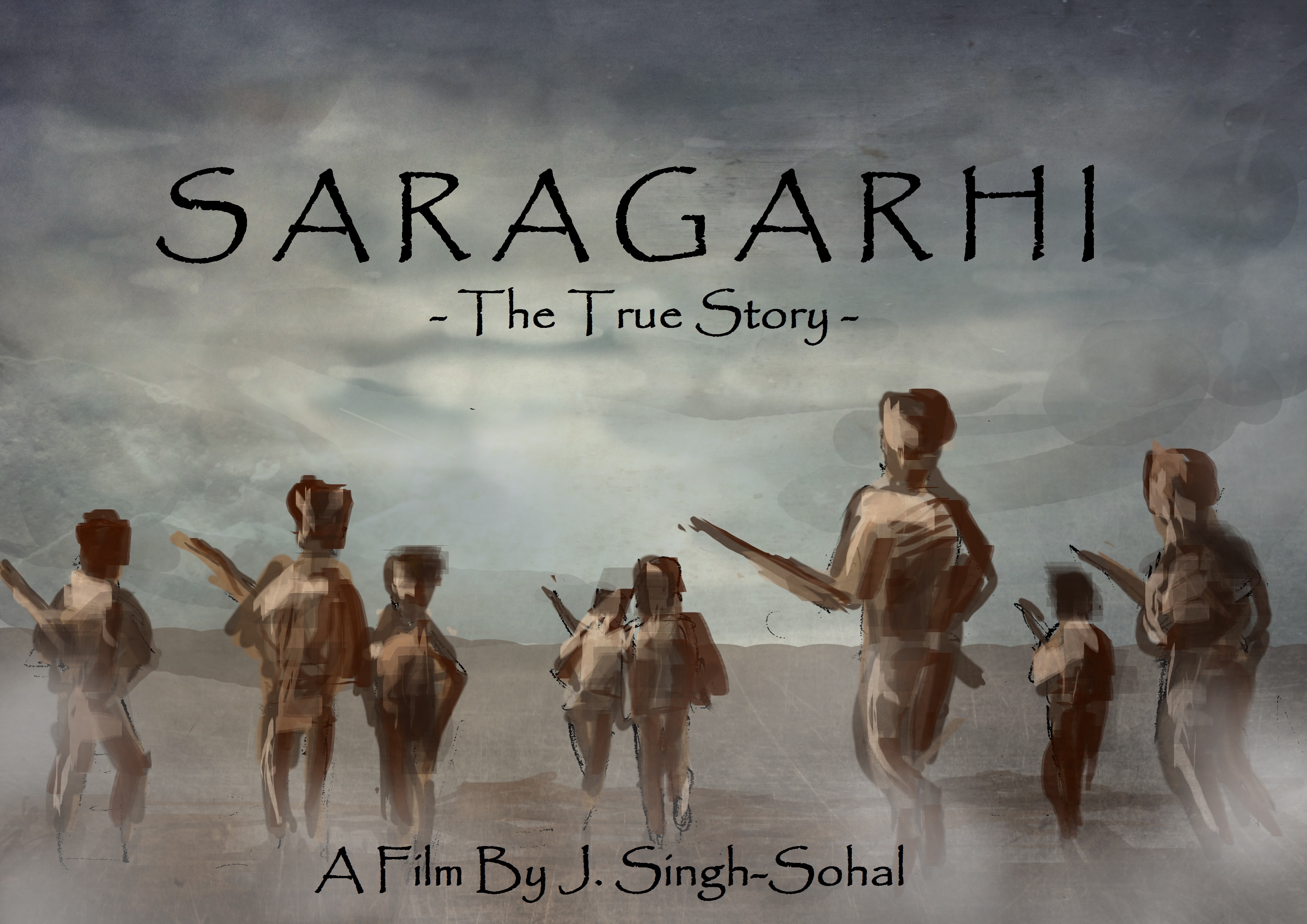 A new film about an epic British Indian frontier battle is to be made after securing grassroots support through a social media fundraising drive.

“Saragarhi: The True Story” will tell the factual tale of how 21 Sikhs fought to the last man against 10,000 enemy tribesmen to defend a small outpost in 1897.

The battle was commemorated by the British at the time, with memorials built to it and a battle honour awarded to the 36th Sikh regiment that fought at Saragarhi.

The project raised more than £9,000 on the Kickstarter website, and is now being developed by the “Saragarhi Society” in partnership with new broadcast channel “KTV” and digital arts producers “Taran 3D”.

Writer and filmmaker Jay Singh-Sohal has been working on raising awareness about the battle for the past 6 years, and has written a book about it. He brought the “Saragarhi Day” commemoration back onto the agenda in the UK, and the official event is hosted annually by the British Army on the 12th September battle honour day.

Mr Singh-Sohal said: “The story of Saragarhi is a crucial one for British Indians but over the years it has had many myths attached to it. Our motivation in telling the true story through documentary film is to delve into what really happened, using authoritative research and primary sources, in order to pay tribute to those who fought in accordance with their Sikh creed and ethos to the bitter end. This will give the proper respect due to their sacrifices which can only inspire many more young people to take up public service. As a British Sikh I feel it’s important our community own this history, retells it with pride to mainstream audiences, and is motivated by it to stand up for the freedoms we enjoy in our country.”

The British Sikh Association is a key sponsor of the film, Dr Rami Ranger said: “This history is a testament to the valour and the bravery of the Sikhs who always fought for a just cause, were disciplined and courageous even when heavily outnumbered. Sikhs were hand crafted by the tenth Guru Gobind Singh to fight tyranny and injustice in any shape or form and as a result, the world is a better place. Their sacrifice on the frontier, as in the two world wars, should never be forgotten.”

The film is a collaboration with newly established broadcaster KTV. Jagjit Singh Bassi said: “We at KTV are committed to developing high quality productions and are working to ensure our history and heritage is put into the spotlight. The Sikh community has many stories that should be told in the mainstream, and we look forward to working with talented filmmakers and creative minds, promoting their projects and giving a platform to future generations of storytellers.”

Video graphics and technology company Taran 3D are producing unique innovative content for the project that will ensure the story engages with young people. Taranjit Singh said: “We are creating new landscapes and testing new formats to ensure this powerful story is brought to new audiences. Our work will ensure that there is in depth understanding of the physical location, the historic forts and how this affected the sequence of events at the time.”

The documentary will be released in September 2017, to mark the 120th anniversary of the epic battle. It will be premier at a prestigious venue in central London before going on the road to be screened across the UK and abroad.

The Saragarhi Society is a project of the “WW1 Sikh Memorial”, which created the UK’s first national monument to Sikh service at the National Memorial Arboretum in Staffordshire.

For more information, questions or media bids for interview please contact us via:
dothyphen1@gmail.com

For more information visit www.sikhsatwar.info or tweet us via @SikhsAtWar.

Photos provided should be credited to “Jag Lall/Sikhs At War”