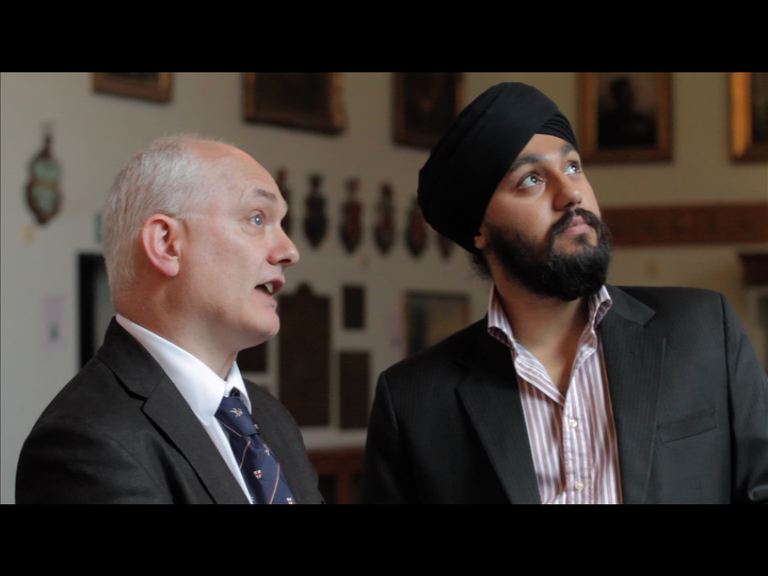 My first visit to Royal Military Academy Sandhurst was during a research trip in 2011.
It struck me immediately that the rich history of this place – which has produced fine officers for centuries – places Sikhs in a glowing frame. 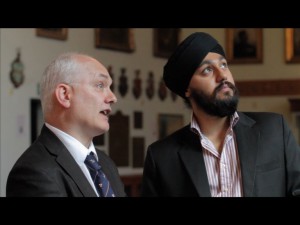 Quite literally – images of Sikhs in their glorious uniforms line the corridors.  Crests of the various Indian regiments decorate the Indian Memorial room.  A Sikh (and other Indians) appears in a stained-glass window to mark their sacrifices in Afghanistan in 1919.
We ventured back to Sandhurst in 2012 to film with officers and soldiers for the recent “Slough to Soldier” short film series for the British Army, and during that we gathered enough material to edit a new short narrating the connection. 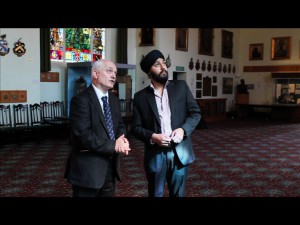 “Sikhs At Sandhurst” tells the tale of the Punjabi Prince who’s attendance at the Academy required a special dispensation from the Queen herself.  We look at the records of Prince Victor Duleep Singh with the Sandhurst Collection Curator – and follow the journey of Sikhs who went to Sandhurst and serve their country.

I’m looking forward to sharing the short film with you soon – it will be uploaded to our main site www.sikhsatwar.info and embedded here.