Photo: The medals of the Subedar

In creating the WW1 Sikh Memorial we wanted to create a statute in honour of ALL Sikhs who served during the conflict rather than any one individual. Nor did we want to idolise any person, as creating such effigies goes against the principles of the Sikh faith.

So we nicknamed the statute “Subedar” and created an image of a Sikh with turban and long flowing beard intact, in accordance with the Khalsa code these soldiers adhered to.

We also decided to include some of the medals Sikhs who served during the Great War could have been awarded.  These are listed below with a preview image of how they look on the finished bust.

The Indian Order of Merit
This was the second highest medal (after the Victoria Cross) which could be awarded to Indians.  Sikhs won 29% of all the IOM’s given for gallantry during the conflict.

The 1914 Star
This was awarded to those who served in France or Belgium during the early part of the conflict in 1914, 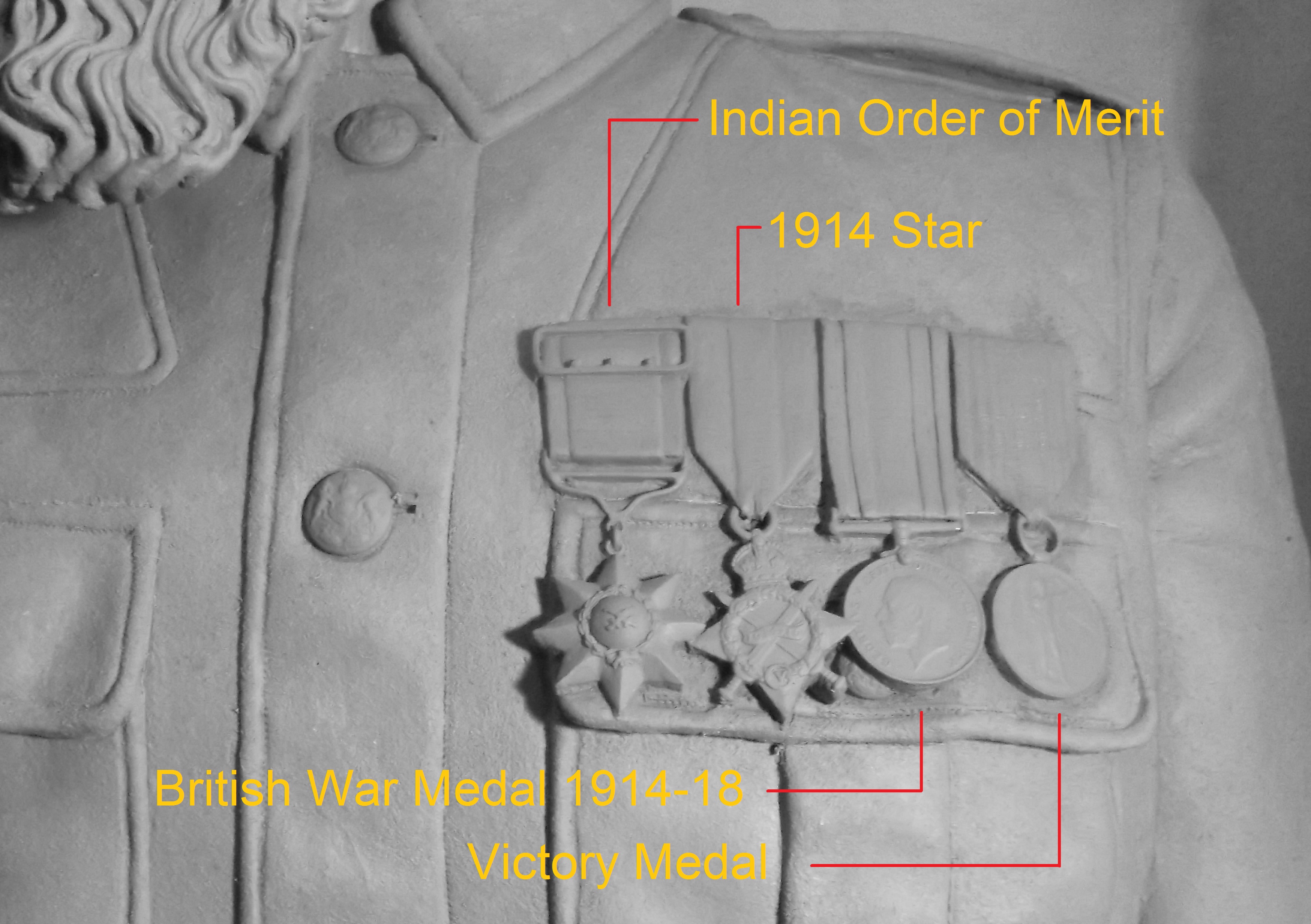