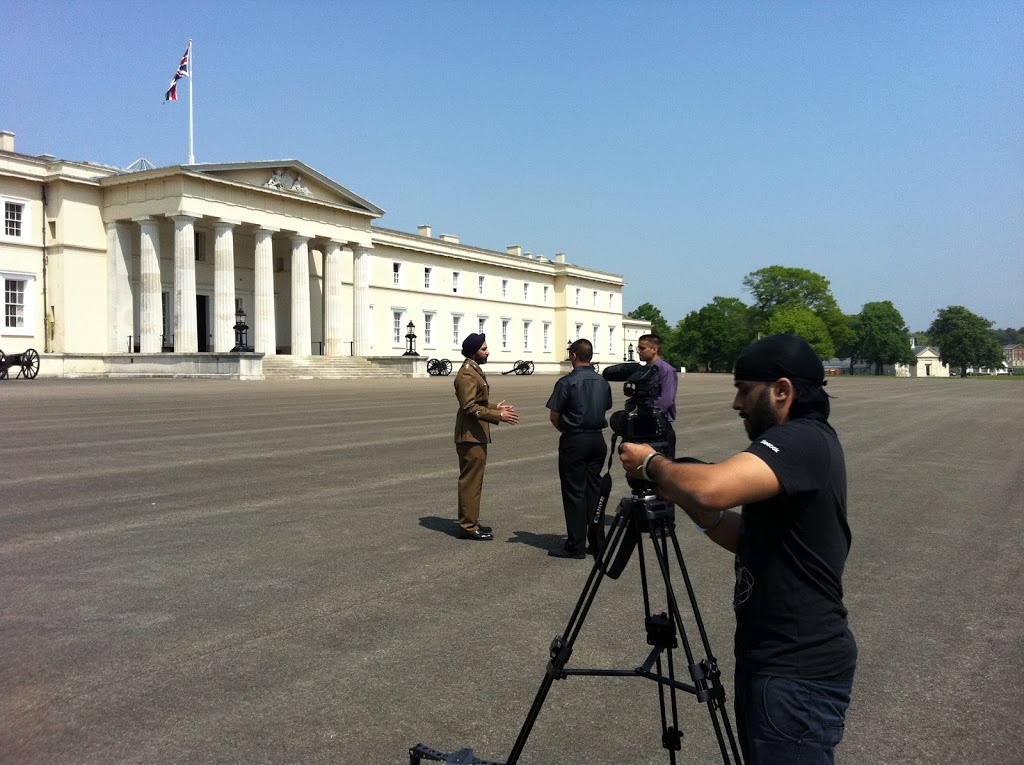 We spent a WHOLE day filming at Royal Military Academy Sandhurst for the upcoming short feature series “Slough to Sandhurst.”

What we thought would take a few hours ended up being a whole morning and afternoon – there is so much history and heritage at Sandhurst that it’s not very easy to do it justice in a short film.  Nor is it simple to combine the stories of so many role models from the BME communities currently serving. 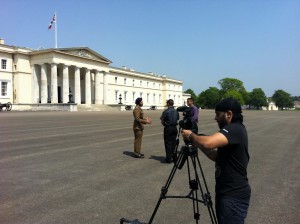 We were there filming with Sikh officers and soldiers (above cameraman Juggy with Capt Sartaj Singh Gogna and recruits) for a new short film series about the various stages people go through to join the British Army – from civvies inspired to serve, to walking through the doors at the recruitment office and signing up, to undertaking medicals, tests, being accepted as ‘Soldiers under Training’ and going through to Phase 1 training.

At Sandhurst, we filmed two young aspiring officers discovering more about what Sandhurst has to offer – and telling us about what inspired them to want to serve.  They had the opportunity to see the historic buildings – and the history contained in them relating to the British Raj in India. 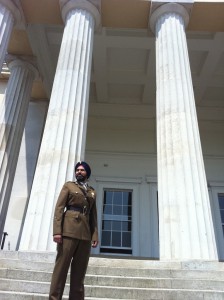 We were all inspired in particular by Capt Sartaj Singh Gogna (above) an officer with the Royal Electrical and Mechanical Engineers.  Capt Gogna joined the British Army 12 years ago, what’s extraordinary is that he chose to start growing his hair and tie a Turban AFTER he joined.  While most find joining the military difficult with these articles of Sikh faith intact, Capt Gogna described the process of learning that led him to chose to don this very important headdress – and compliment his Officers uniform with a Turban.

We’ll feature the interview in the “Slough2Soldier” series.  Our thanks for allowing us to film at Sandhurst to the Protocol Officer L Col Parkinson and the National Army Museum for making use of the display items (about which I will post a separate entry.)