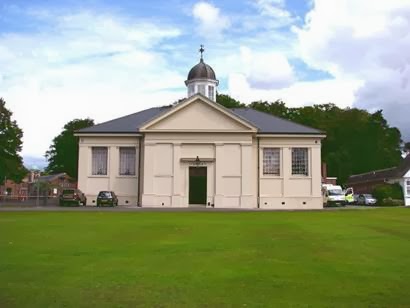 Tejvir Bains is an IT Contractor and ex-Officer Cadet who attended our “Sikhs At Sandhurst” launch event last November.  Below is his guest blog post.

Tej and Endip Singh Rai took the initiative to donate a copy of “Saragarhi: The Forgotten Battle” to the library at the Royal Military Academy.

Because of this, officers of the future will be able to read about the glorious 21 – many thanks to Tej and Endip.
If you’d like to do something similar contact us directly as we can discount the book for you.
On the 20th November I was privileged to visit the Royal Military Academy Sandhurst, it wasn’t to take part in the grueling training the officer cadets have to go through but it was the launch of the book; Saragarhi: The Forgotten Battle.
I was once researching for a War studies paper and was intrigued by a video that had started going viral on Facebook on the Battle of the Saragarhi. Unfortunately I could not find any books to reference the Battle and had no substantiated information and decided to write a paper on the Battle of Chillianwala.
The Royal Military Academy library has many books related to the worlds battles and wars but I was disappointed that no information was made available on the Battle of Saragarhi. The valour the fearless Sikh soldiers showed by not neglecting their duty even though the odds were against them. These warriors died fighting a warriors death and will not be forgotten.
After the book launch the Saragarhi; The forgotten Battle was donated to the Royal Military Academy Library (below) in the hope that one day another Officer cadet will have the opportunity to write a War studies paper on the Battle of Saragarhi. 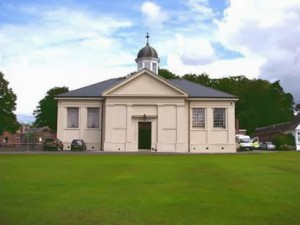 When reading upon the soldiers sacrifice it awakes the spirit within me and enables me to feel the Bir Ras; a unique emotion that I can only be explained by describing the moment the adrenaline which pumps through ones veins when being ready for battle.
The spirit of these soldiers has been captured in the Shabad (Hymn) written by the tenth Master; Guru Gobind Singh Ji; Deh Siva bar Mohe:
Translation: O Lord grant me the boon, that I may never deviate from doing a good deed.
That I shall not fear when I go into combat. And with determination I will be victorious.
That I may teach myself this greed alone, to learn only Thy praises.
And when the last days of my life come, I may die in the might of the battlefield.||231||