A unique book launch at Old College, Royal Military Academy Sandhurst in 2013 introduced the annual commemoration of ‘Saragarhi Day’ in the UK, hosted by the British Army and co-organised by our team. 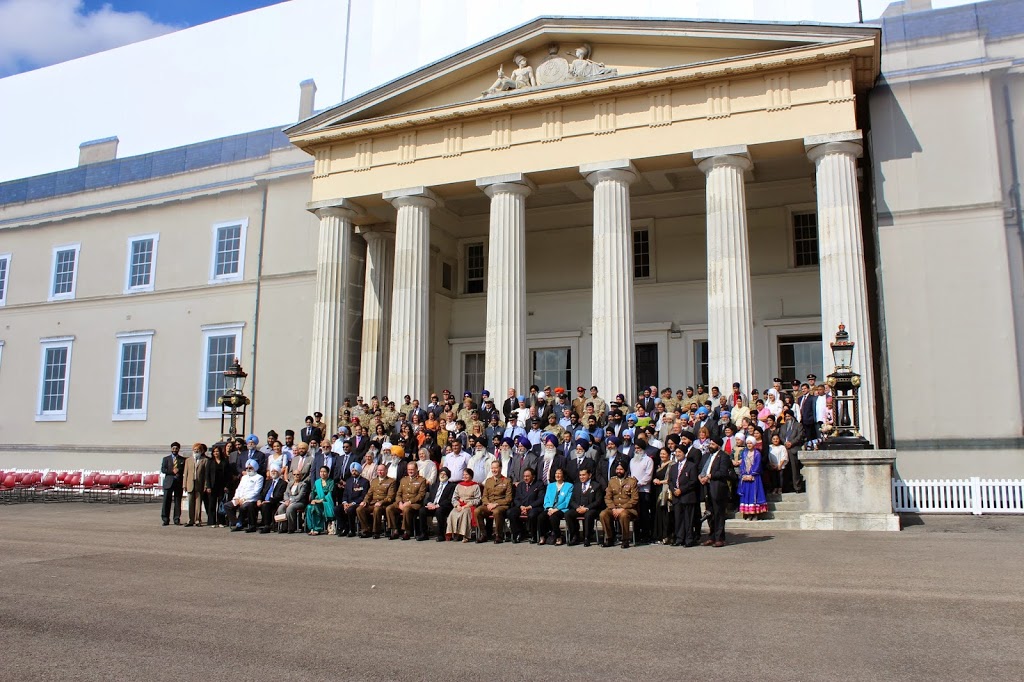 At the battle of Saragarhi, 21 Sikh soldiers of the 36th (Sikh) Regiment of the Bengal Infantry under the British fought to the bitter end against the onslaught of 10,000 tribesmen in the unruly North West Frontier with Afghanistan in 1897.

The gallant last stand was rewarded with memorials and a battle honour by the British but had been largely forgotten by those outside of military circles.

In November 2013 the book “Saragarhi: The Forgotten Battle” by journalist and filmmaker J. Singh-Sohal was launched at Sandhurst and gave for the first time a factual account of what happened as well as never-before-seen images from the period.

The book launch was an historic occasion in more ways than one, as the heroics of Saragarhi and its significance today was narrated for the first time at the very heart of the Armed Forces establishment, being marked by the British Army at Sandhurst, the prestigious officer college which produces the world’s best leaders.

The ‘Saragarhi Day’ commemoration hosted by the British Army has been held every year since:

In September 2014, we led once more to put this event on, engaging with the British Army and community members; we successful built upon our work to ensure the event took place on a bigger and bolder scale – holding it on the battle honour day of Saragarhi.

“Saragarhi Day 2014” was attended by just over 300 guests, plus schoolchildren from Khalsa Primary in Slough; who were given a rare opportunity to see the prestigious Indian Army Memorial Room and to hear from leading Saragarhi researcher J. Singh-Sohal about the battle and what it means today.

The British Armed Forces Sikh Association was launched on the day, before a special parade by the 1914 Sikhs re-enactment troop.  Lunch was kindly put on by Punjab Restaurant Covent Garden, and visitors got to speak to serving members of Her Majesty’s Armed Forces.

The event marked the first time since 1947 and Indian independence that the British military paid tribute to Saragarhi – and through our efforts we are working to ensure it continues to be remembered.

In India, a British Army delegation including serving Sikhs made a special week-long visit to shrines including in Amritsar and Delhi.

“Saragarhi Day 2015” was held at Armoury House in London, where Defence Minister Julian Brazier MP spoke to the audience about Sikh service.

“Saragarhi Day 2016” was also held at Armoury House in London where Earl Howe, Defence Minister and Deputy Leader of the House of Lords, spoke about the continuing Sikh contribution to Her Majesty’s Armed Forces.

“Saragarhi Day 2017” which marked the 120th anniversary of the battle was held at the National Memorial Arboretum, and saw the launch of the new docu-drama “Saragarhi: The True Story” about the battle.

We special thanks to Punjab Restaurant, Covent Garden for continuing to support our events with their wonderful catering provision.

We continue to work with Her Majesty’s Armed Forces on the official commemoration of the Battle of Saragarhi, to ensure it is acknowledged by the establishment and that it inspires future generations to undertake public service in Britain.