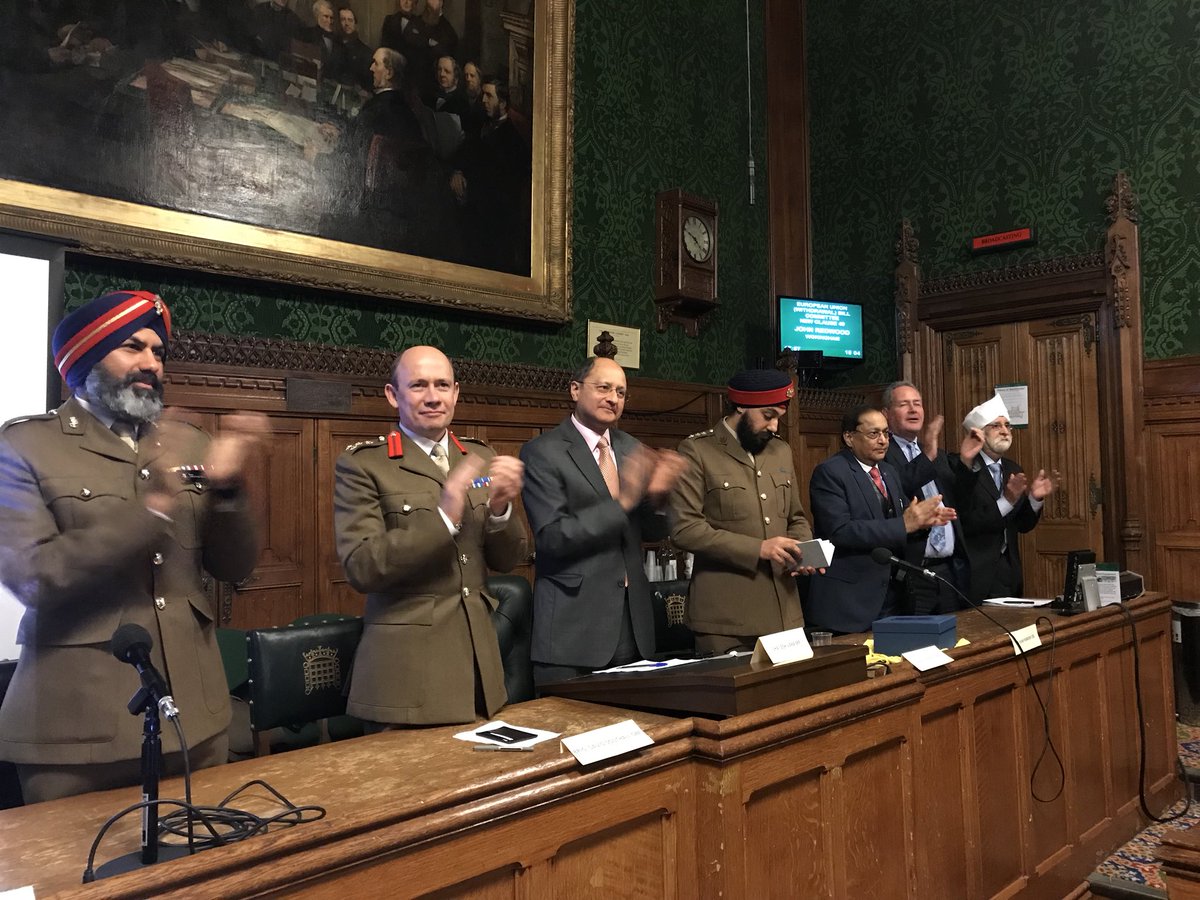 On Tuesday 14th November 2017, the British Parliament resounded to a thunderous round of applause in honour of 21 native Indian soldiers who fought to defend British India on the unruly North West frontier in 1897.

Parliamentarians, leading members of the British Indian community and representatives of Her Majesty’s Armed Forces gathered for a special Parliamentary launch and screening of the new docu-drama “Saragarhi: The True Story”, hosted by former Justice and Work and Pensions Minister Shailesh Vara MP.

The film, made in honour of the Sikhs who fought at Saragarhi to mark the battle’s 120th anniversary, comes after more than seven years of research and production by Captain J. Singh-Sohal, a British Army reservist and filmmaker.

“Saragarhi: The True Story” narrates, for the first time on film, the fate of the 21 Sikh soldiers of the 36th Sikh Regiment of Bengal Infantry who on 12th September 1897 found themselves surrounded by 10,000 enemy tribesmen during an uprising on the North West Frontier between colonial India and Afghanistan.

The brave 21 fought to the last man despite the odds, in an engagement lasting nearly seven hours and with only limited ammunition. The battle is a significant one which was commemorated by the British with memorials in India, a battle honour for the 36th Sikh regiment that fought (now the 4th Sikh Regiment in the Indian Army) and the issue of the Indian Order of Merit class III, the highest award of gallantry at that time given to native Indians on par with the Victoria Cross, which was awarded posthumously to the 21 men.

“This film rightly records the outstanding courage and bravery of Sikh soldiers fighting against the odds and paying the ultimate price.

It is right that we remember these brave men in the Mother of Parliaments, and I congratulate Captain Jay Singh-Sohal for his commitment and dedication over many years in making this remarkable film.

The film not only informs the public, but it will also be a valuable resource for historians in the years to come.”

“It is a unique and fitting way to honour the memory of the men who fought at Saragarhi by remembering their bravery and valour in the very Parliament of Queen and country they were fighting for. This episode of British Indian history inspired many more Indians to serve during the first and second World Wars shoulder to shoulder with the British and troops from all over the Commonwealth. And it inspires a new generation now to commit to defending our parliamentary democracy and the values it represents.  Sharing their story in our Parliament is a tremendous honour for which I’d like to express my thanks to Mr Vara.”

The film will now begin it’s international tour, with a screening at the “Sikh Arts and Film Festival” in New York City and events across India.

Colonel John Kendall, from the British Army, who was part of a delegation to India that visited the Saragarhi Memorial sites added:

“The courage and loyalty of the Sikhs as a warrior race is legendary.   For over a century and a half the British Army has been proud to serve alongside Sikhs.  We have fought together in many campaigns including the North West Frontier and the First and Second World Wars.  We have fought alongside each other to protect democracy and to rescue those in need from natural disasters.  Today we are privileged to have Sikhs serving among our ranks across Her Majesty’s Armed Forces and support the work of the British Armed Forces Sikh Association (BAFSA) who help us to promote the message of inclusivity and Sikh service in the Army.”