How did Saragarhi signaller Gurmukh Singh configure his heliograph?

During the battle of Saragarhi, Sepoy Gurmukh Singh would have signaled Fort Lockhart with his heliograph configured with a single mirror early in the day, and with two mirrors later in the day.  The first attachment shows an 1886 illustration of the two configurations, and below that is a modern photo: 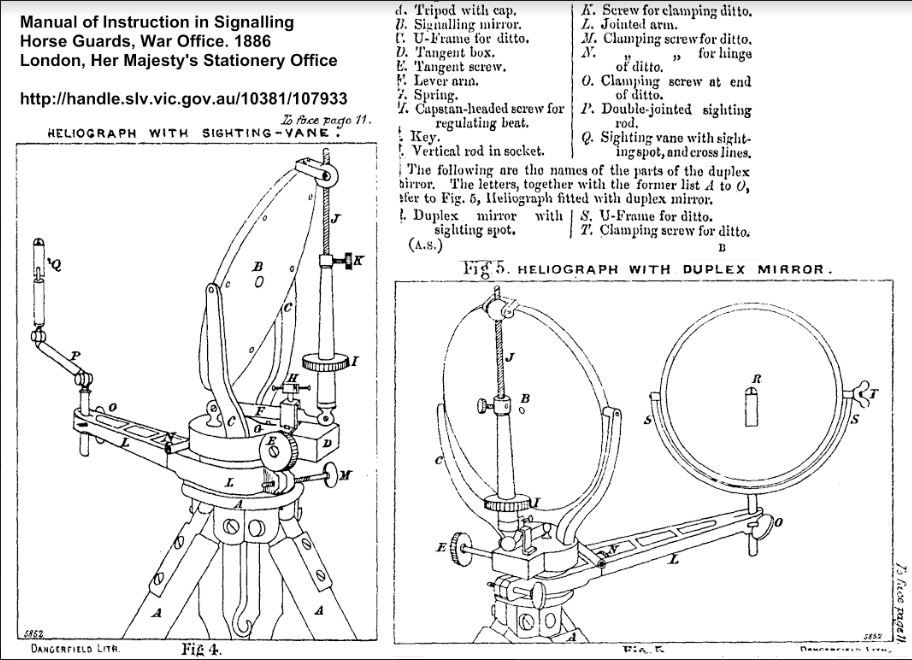 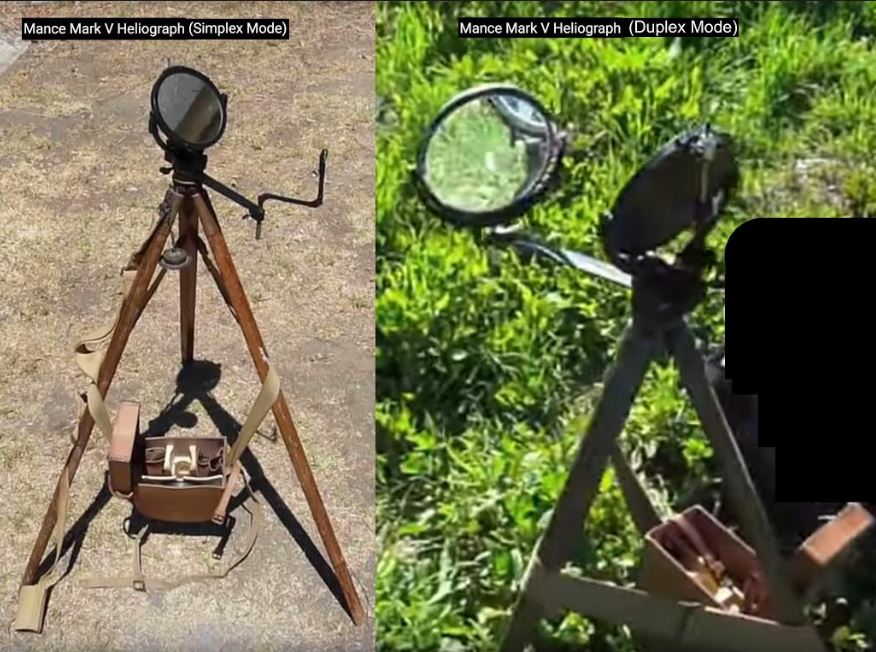 Here is the reason why:

The 1886 and 1889 signaling manuals did not provide specific guidelines about what angle was “too great”, but the 1889 “Catechism on the Manual of Instruction in Army Signalling, &c by Edye, L., Rhodes, E” states the use of the second (“duplex”) mirror when the angle between the sun and target station seen at the mirror was greater than 120 degrees.

Later manuals said 90 degrees rather than 120 degrees, but in 1897, it seems most likely that Gurmurkh Singh would have been taught that 120 degrees was the angle to switch configurations.

Given the date of the battle of Saragarhi, and the positions of Saragarhi and Fort Lockhart, we can compute that angle as a function of the local solar time of day – the details and websites used are below:

Note: I don’t know what time system Colonel Haughton and Major Des Voeux were using when they reported various events of the battle. If they were using a standard time, rather than a solar time, their numbers would be slightly different than those in the spreadsheet, but in any event, they should
not differ by more than an hour, which means that the switch point would be somewhere between 12:50 and 2:50, meaning that the noon signal would be single-mirror, and the 3PM and final signals dual-mirror (duplex).