It was with deep sadness that we heard the news of the death of Viscount Slim II. 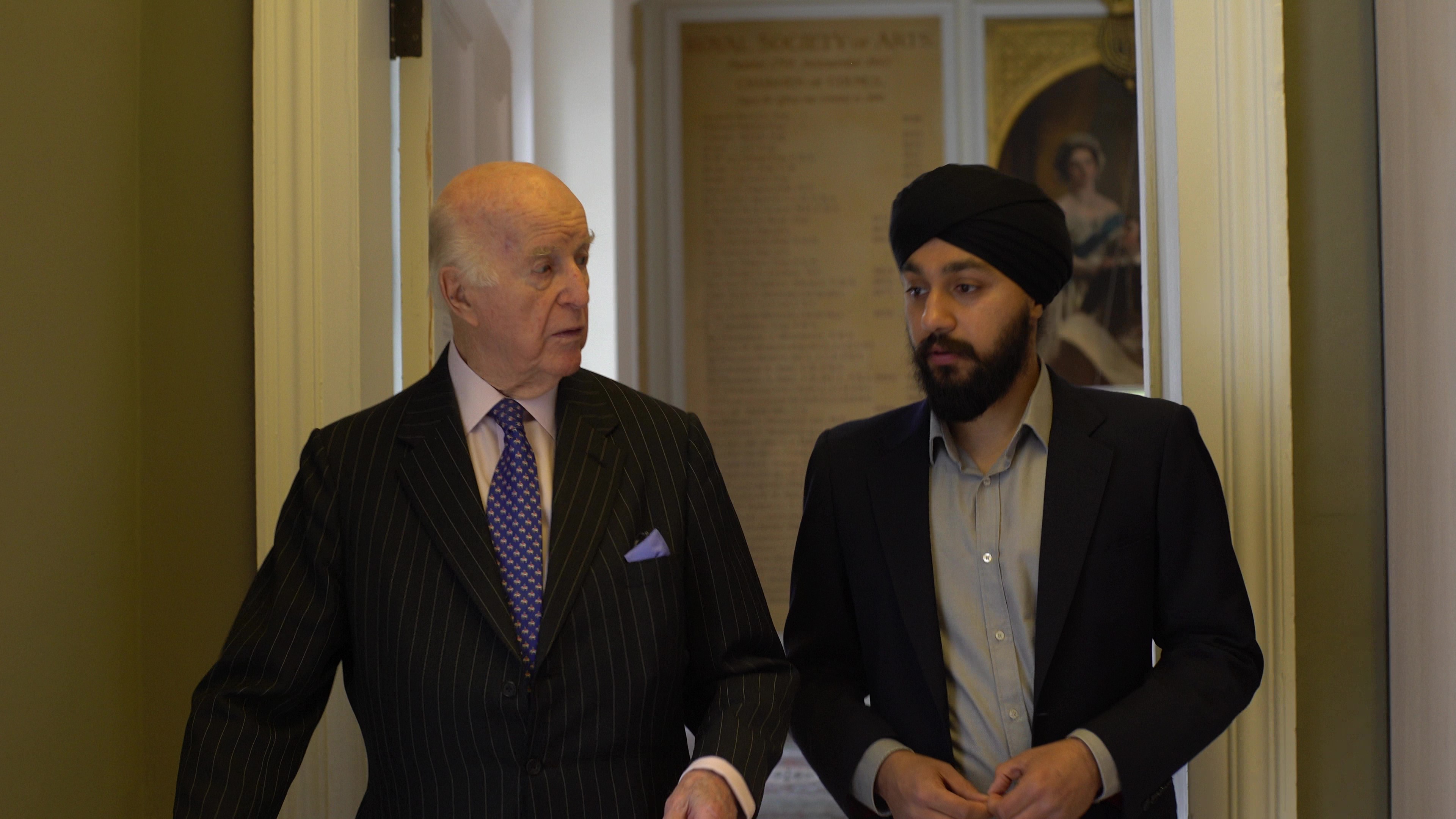 The Viscount was a friend and supporter of our work, and gave a rare interview to our team (image left with filmmaker Capt. Jay Singh-Sohal) for the docu-drama “Saragarhi: The True Story”.

Born in India in 1927, John Slim went on to lead the Gurkhas in WW2 before commanding the SAS. He later became a life peer in the House of Lords.

He was kind to speak to our team about the frontier battle, India and the Sikh martial traditions. Indeed he was being interviewed because it was his knowledge and awareness of Saragarhi, which he often shared with Sikhs he met, that enabled the story to be brought back to the attention of the community.

It was an invaluable insight that we hope will continue to inspire people to serve.

We send our condolences to his family and loved ones.