What Indians Wore In The Trenches 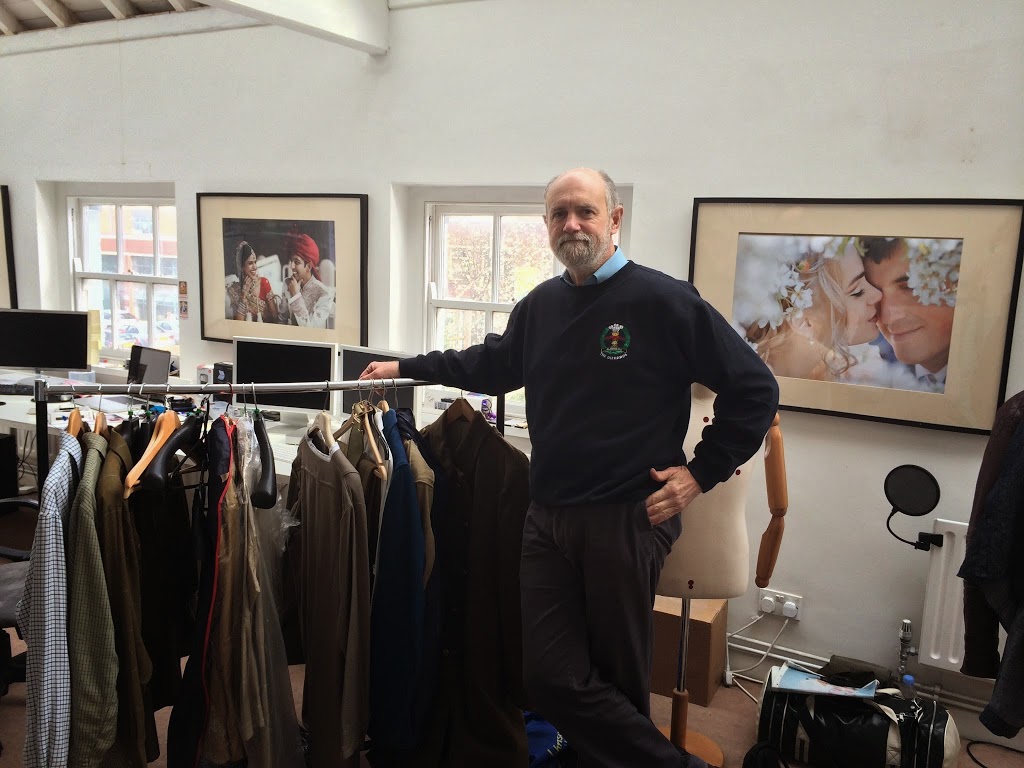 We’ve had fantastic feedback from many of you on our new trailer (above) for our forthcoming film “Indians in the Trenches”.  The film depicts the real life experiences of those who fought during World War One – told by amateur actors narrating the real letters sent betweem 1914 – 18.

Telling the story through the actual words written by those who experienced the war was important for us, as it meant we could harness the truth of their emotions and sentiments.  The letters tell us a lot about the state of mind of the soldiers – from those who missed their family and India, to those who were proud of doing their part in the war.  There were also those who saw horrific things and wanted the madness to end.  In depicting the film we wanted it to be as real as possible and the letters enabled us to achieve that in ways that any other type of script could not.

To ensure we did the story justice, the authenticity of the period uniforms was a crucial element of our depiction.  We were pleased to have with us Edwin Field (above) from the Die Hards Re-enactment group who not only curated the look of the soldiers but was a font of knowledge for us to understand more about the kit the soldiers had.

Prior to the shoot, I’d spent quite a lot of time researching what Indians wore in the trenches, but seeing for myself the various items of clothing was important – and I want to share that with you with hopes that you’ll be inspired to find out more or utilise this post as a resource.

Indians arrived in France in Khaki Drill.  This is because the soldiers wore KD in India and commanders had thought the Indians would be deployed to Egypt.  But Indian Expeditionary Force A which set out in August 1914 had a different purpose, to help reinforce the defence on the western front and stop the Germans reaching the Cinque ports.

And so Indians arrived wearing this cotton khaki in France, a light dress which was unsuitable for the cold conditions of a European winter.  Their kit contained a great coat, which was the only warm item of clothing they had.

The Indians fought in this kit in cold conditions – but despite being badly equipped it did not stop them from some daring feats of bravery in the trenches and in fighting the Germans.  In 1914-15 alone 53 Indian Order of Merit and 6 Military Cross medals were rewarded to Sikhs in particular (research courtesy of Narindar Dhesi’s “Sikh Soldier”). 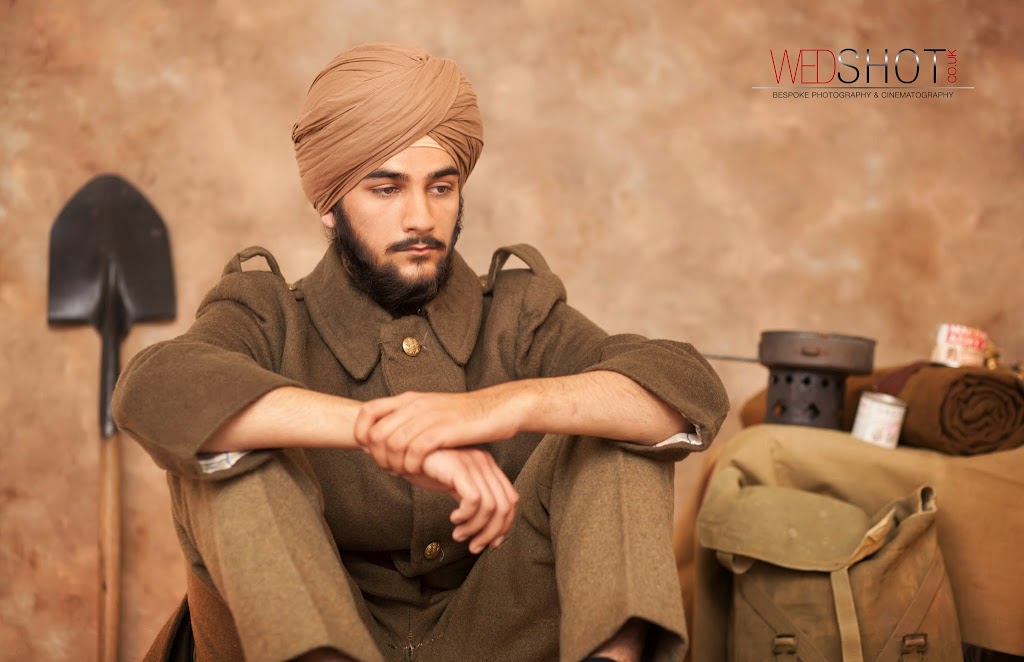 By mid-1915, the shirts were replaced with thicker jackets, as seen on the left modeled by Joban Singh from the “Indians in the Trenches” film,as photographed by the Wedshot team.  But this mattered to little to many of the soldiers as Indian infantry units were removed from the western front and redeployed in arena’s including Mesopotamia. 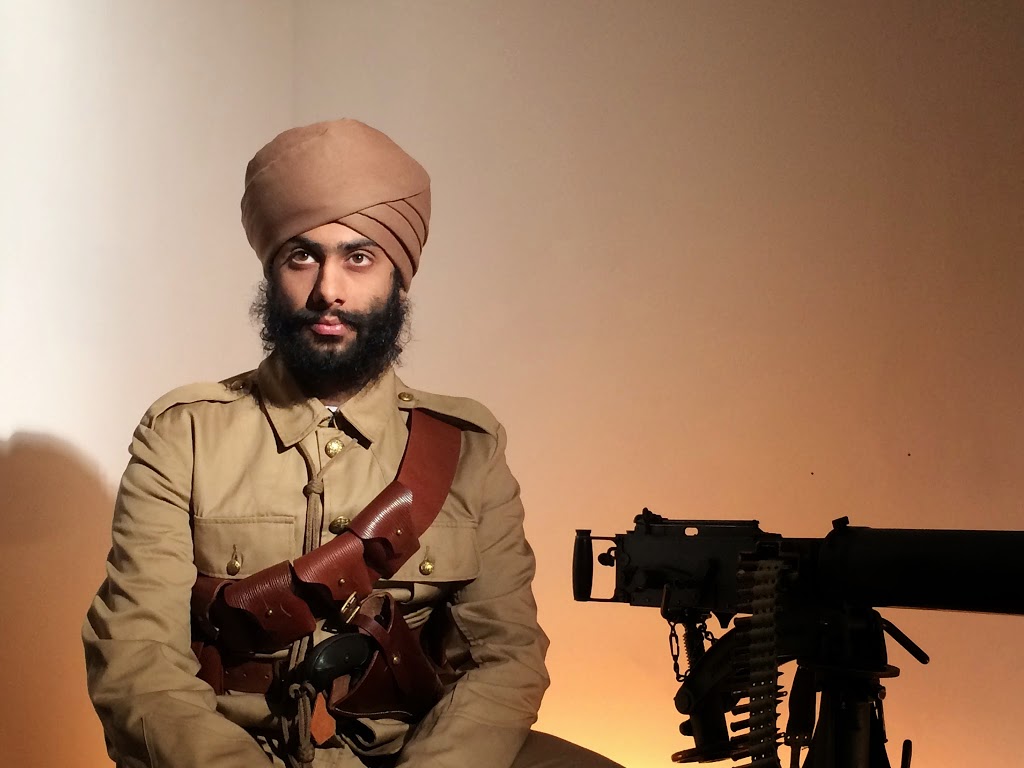 By the end of 1915, the cavalry units which remained in France were issued woolen clothes for the harsh winters.  Cavalrymen would stay and fight until the end of the conflict.

There is also a difference in the kit of Native Indian officers and other ranks, with the former being issued Sam Browne equipment and tending to have larger turbans.  Harmeet Singh Bharaj, on the left, is depicting a Risaldar in July 1917 so is seen with a lighter khaki jacket with 1903 pattern leather belt pouches and a handgun.

Understanding the various uniform changes makes a difference when looking at images of Indians in general from the First World War for it enables researchers to see which year they are from – and understand how those fighting were equipped.

We certainly relied on such images in our filmmaking, but learnt a lot from Edwin about spotting the difference, such as the thinner shirts having 2 pockets and the thicker jackets 4.  Knowing that the Indians deployed to the western front began the conflict ill-equipped is a well known fact, but as better kit was supplied to them so too was the realisation that they were there for longer than they might have expected.

The Sikhs were the most visible of the soldiers deployed in every arena of the war.  While orders went out for helmets to be worn by Indian soldiers to protect from shrapnel, it was recognised at once that this would not work for the Sikhs whose turban remains a fundamental part of their identity.  Sikhs wore their turbans in conflict, although images of the conflict show non-Sikh cavalrymen wearing turbans in apparent combat, for the Sikhs it was a strict adherence and a sign of the pride in their faith.

Despite some images of the era showing otherwise, regimental cap badges too were worn on the turban in the trenches too.  This came as a surprise to us, as in combat having a metallic item which reflects light and shines would give away the position of a soldier.  I can only think that the while Sikhs maintained the dress code and chakkar on the turban with pride and in defiance of the enemy, it would be sensible to assume these were removed for night time or more covert operations. 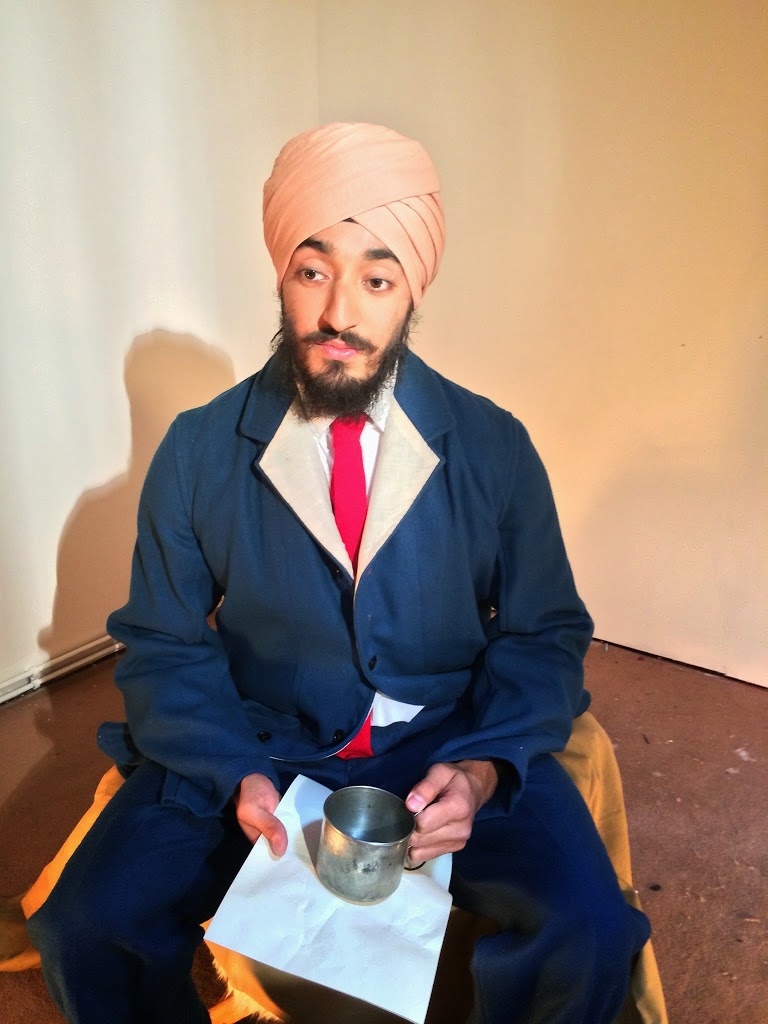 Finally, many Indian soldiers who were injured in France and Flanders were brought over to England to recover at Brighton Pavillion.  The black and white photos of the time hide it well, but the period dress of a hospital patient is very surprising too: a white shirt, red tie and blue jacket and trousers was worn by them. Azadbir Singh Atwal on the left demonstrates this, with a rather worn out turban in this scene.

In all, the uniforms of the period evolved somewhat as the needs of the Indian soldiers became apparent.

It was an amazing experience working with young volunteers who had hardly any acting experience – but who felt the power of the letters sent from the trenches.  In coaching the actors and providing the motivation for their words it began clear to me what the overriding feelings and sentiments were of those who fought.

In our next post, I’ll go into more details about the psyche of the Indians in the trenches – and why it was belief in their martial traditions that kept many Sikhs in high spirits at the hardest of times.

**Visit www.sikhsatwar.info for our online films **