The sacrifice made by people from the Indian sub-continent during the World Wars was immense but it is becoming a fact slowly disappearing from our national memory. Schoolchildren are taught about the World Wars but not about the peoples from all over the British Empire who volunteered to fight for a country and King they had never seen. 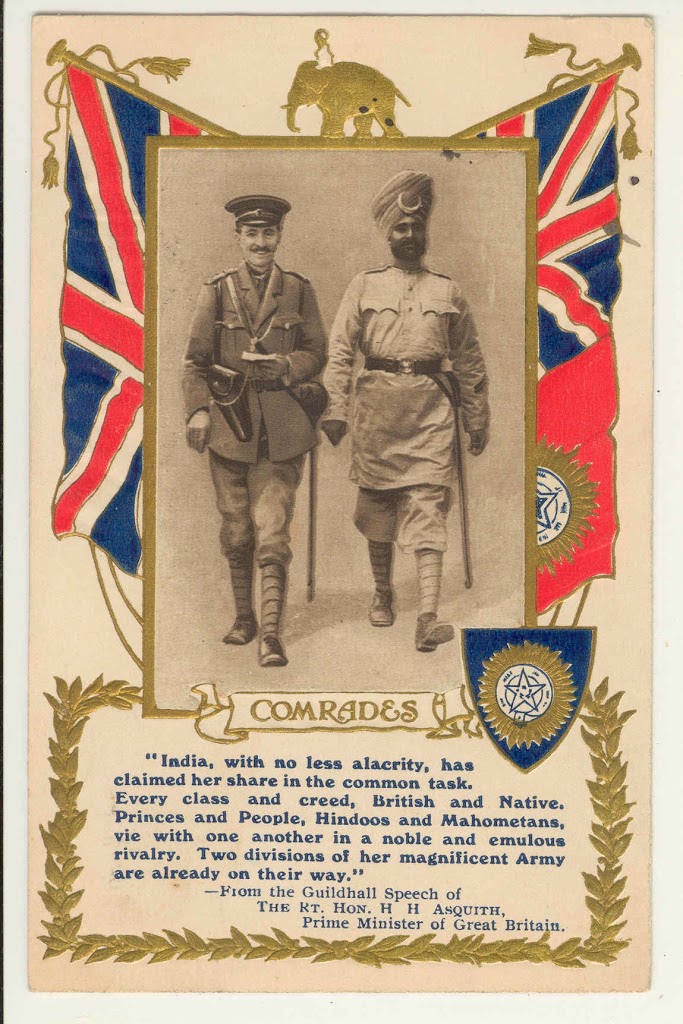 From their simple village life in the Panjab regions of modern day India and Pakistan, the Sikhs volunteered in their thousands to fight for Britain.

During the Great War their numbers rose from 35,000 at the beginning of the crisis in Europe which turned into War, to more than 100,000 who were in active service by the time it ended in 1918. By the end of the conflict just over 124,000 Sikhs had seen active service.

The Sikhs formed 20% of the British Indian Army in action despite being only 1% of the population of India – a small community punching well above its weight in fighting for righteousness.

The Sikhs fought in every arena of the war – not just on the Western Front but in Mesopotamia, Egypt, East Africa and elsewhere. Their bravery is legendary and reflected in the gallantry awards bestowed upon them: 29% of Indian Order of Merit medals awarded to Indians were to Sikh; 25% of Indian Distinguished Service medals awarded to Indians were to Sikhs. And 22 Sikh soldiers received the Military Cross.

Taking the Indian Order of Merit as an example (as it was the second highest award for Indians soldiers after the Victoria Cross), it can be seen that Sikh acts of valour extended to every arena of the fighting: 127 were awarded in Mesopotamia, 72 in France and Flanders; 32 were awarded in Egypt and 18 on the North West frontier. There were 8 recipients who fought at Gallipoli, 7 in Persia, another 7 at Salonika and 5 in Aden. Three Sikhs won the IOM fighting in the overlooked Trans-Caspia and two in Somaliland.

But for the thousands that left their homelands to join the fighting many did not return. During both the Great War (1914-18) and World War Two (1939-45) Sikh soldiers killed in action numbered 83,005 with 109,045 more wounded [General Sir Frank Messervy].

This website is an open resource for the preservation of the memory of Sikhs who fought during both World Wars:
– We document on film the Sikh stories and sacrifices
– We raise awareness through events such as Saragarhi Day
– We create lasting heritage such as the “WW1 Sikh Memorial”

You can watch our films, read our research and engage with us through this website – we hope you will be inspired by this glorious Sikh history.

[The film brand name and concept remains the property of “Dot Hyphen Productions”.
Please cite this as reference when linking to the short film or website.]