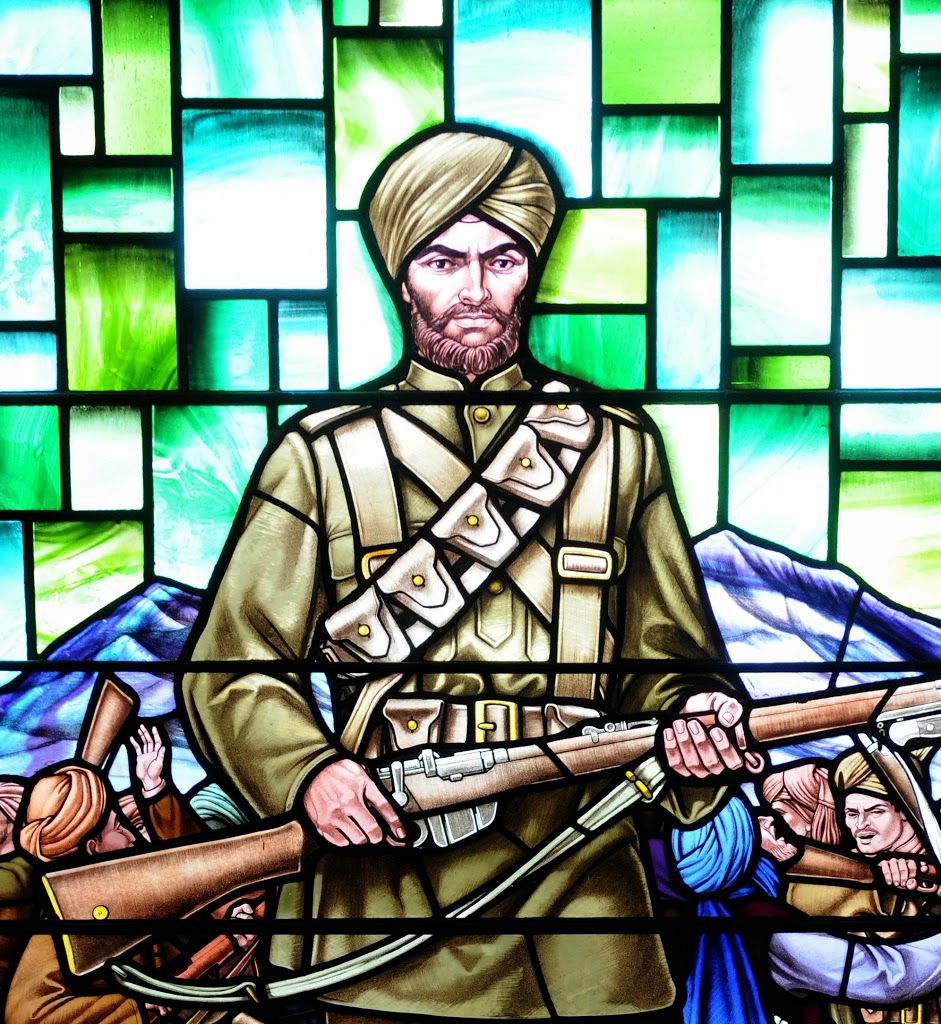 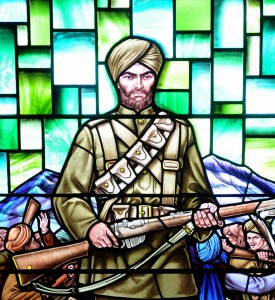 It gives me great pleasure to announce that we will be launching our new book about Saragarhi and screening our latest film “Sikhs At Sandhurst” at a special event at Royal Military Academy Sandhurst.

The British Army have invited us to hold an event in the Indian War Memorial Room – and discuss the historic contribution made by Indians who fought for Great Britain on the frontier and during the Great Wars.
Taking place beneath the inspirational remembrance stained glass images of Indians of the time – the event will highlight the key contribution made by the community during the Great War and on the North West Frontier beforehand.

It is a key theory of mine, as covered in my new book, that the exploits at Saragarhi cemented the reputation of the Sikhs as brave, loyal and trusty soldiers of the British.  And that without these heroics the Sikhs would not have been so heavily deployed in every arena of battle during the Great War.

Indeed, the event will take place beneath the stained glass remembrance image (above) which was created to celebrate the contributions of the Sikhs on the frontier.

So it is a tremendous honour that we will be discussing this history at Sandhurst – a place that inspires so many to serve Britain.

More details will be released soon – but as spaces are limited please email dothyphen1@gmail.com for more details or to RSVP.