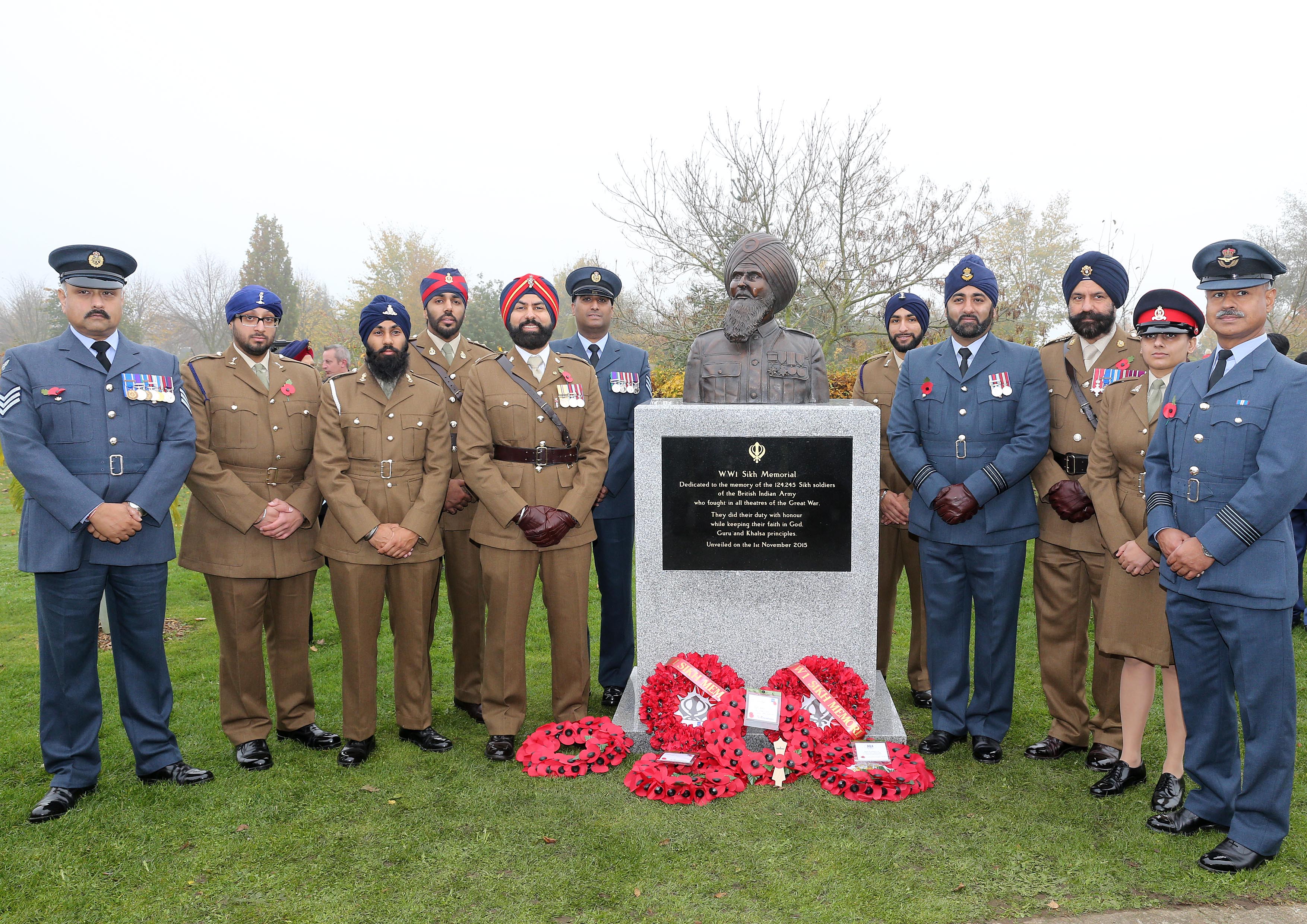 Serving Sikh members of the Armed Forces stand by the memorial.

The national WW1 Sikh Memorial was unveiled at the National Memorial Arboretum in Staffordshire in November 2015.

The memorial is the UK’s first and only monument dedicated to remembering Sikh service during the Great War, and was launched after a community campaign led by the Sikhs at War project.

In September 2014, as the nation began marking the centenary of the war, the campaign to ensure the lasting legacy of Sikh remembrance began with the creation of the “Sikh Memorial Fund”.

We led a letter writing campaign to galvanise support followed by a social media campaign to successfully raise grassroots funding via the Kickstarter website.

After months of planning and organising , but the monument was unveiled to the nation of Sunday 1st November 2015 at the National Memorial Arboretum.  Supporters and guests from near and far joined a VIP line up for the event.

There was worldwide media coverage of  the event including in India, USA and the UK.  This BBC News report about it went viral and (to date) has received 1.4M hits!

The memorial has since been welcomed by the community at large, and the souvenir publication “The Sikh Chronicles” has spread awareness of the Sikh contribution far and wide.

Each year we now mark Remembrance on the first Sunday in November, giving an opportunity for people far and wide to come together to pay their respects to Sikhs who served at the poignant surroundings of the National Memorial Arboretum.

Please do share your experiences and pictures with us via @SikhsAtWar 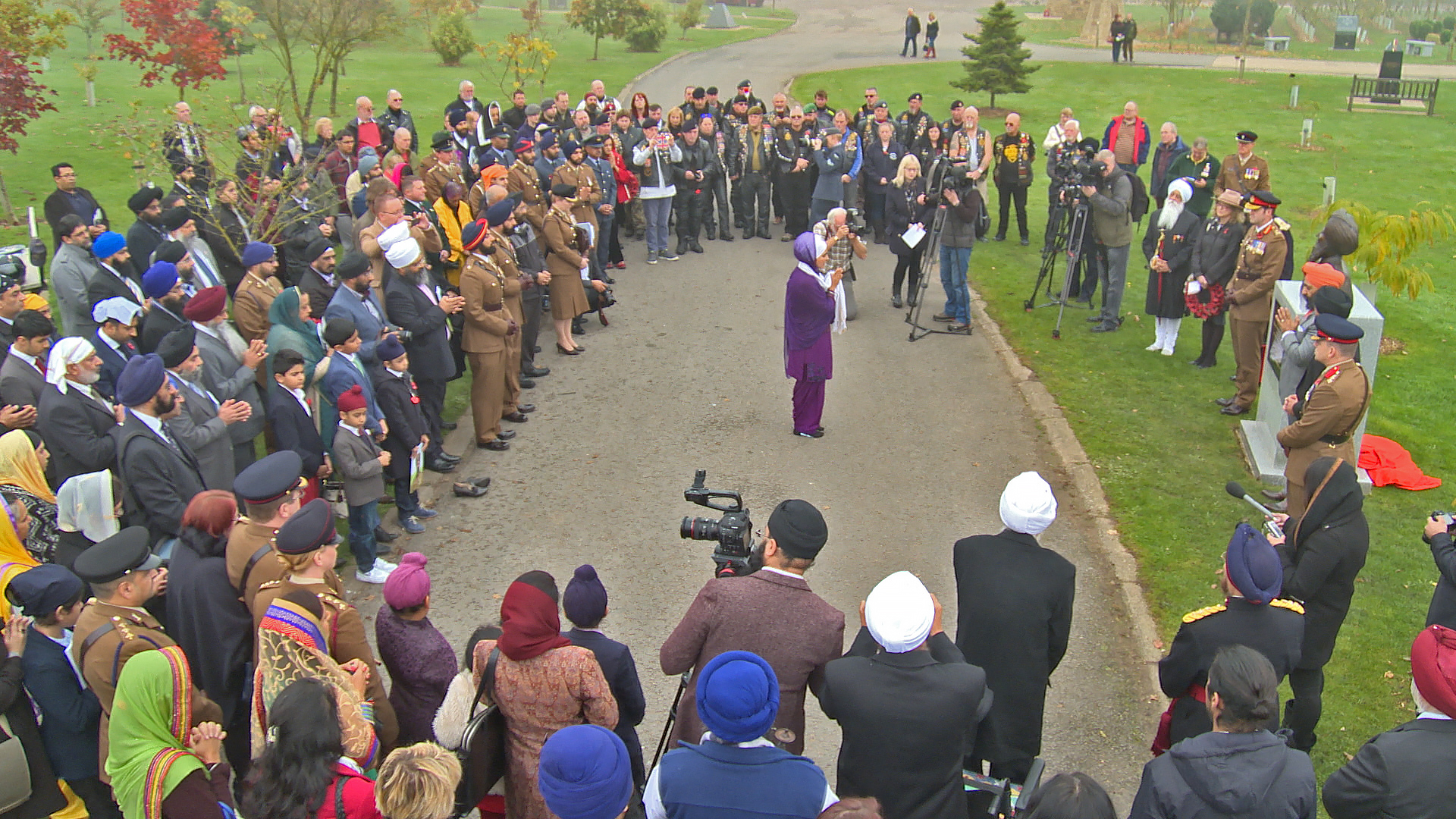