Why “Sikhs At Sandhurst” was an historic occasion 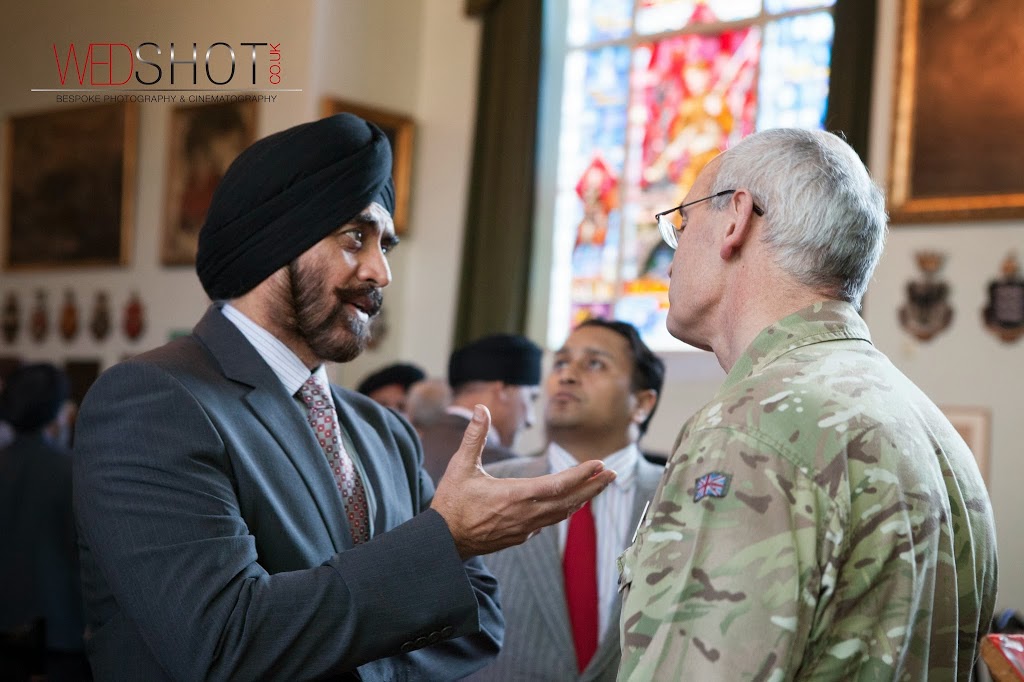 On Wednesday 20th November, history was made as the British Army invited Sikhs to the prestigious Indian Army Memorial Room at Royal Military Academy Sandhurst to pay tribute to the enduring legacy of Sikhs who served Great Britain. 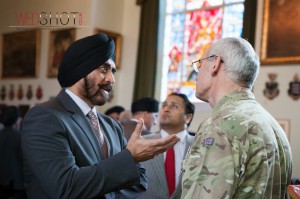 “Sikhs At Sandhurst” was a first, and a phenomenally successful event.  One which I’m proud to have been involved in organising.

Visitors were greeted with the lovely smell of vegetarian food, kindly laid on by Punjab Restaurant (Covent Garden) who are themselves great supporters of Sikh heritage events.

School pupils from Upton Court Grammar (Slough) and Guru Nanak Academy (Hayes) were given a tour of the historic Old College building by the Curator of the Sandhurst Collection, and got to hear about the heritage contained therein.

The event proper began with a welcome by Colonel Vickers (above left) from the Royal Military Academy – himself a 5th generation British officer – who knew full well the contributions the Sikhs have made.

Lt Colonel John Kendall from the Army’s Civil Engagement then introduced the first element of the afternoon – my film from which the event took it’s name and which explores the history of Sikhs at Sandhurst (you can watch it for free here).

An Army panel consisting of British Sikhs was then introduced – two male Sikh officers, a female soldier and the Sikh Chaplain to HM Armed Forces.  The audience got to ask questions of them, ranging from what inspired them to conflicts they’ve fought in. 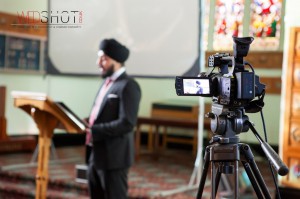 Then I was introduced to speak (left).  I delivered my speech to launch “Saragarhi: The Forgotten Battle” , spoke about the defeat of the Sikhs after the Anglo-Sikh wars and how they were recruited and utilised by the British – and proved on the frontier their bravery, dedication and heroism.  These qualities turned the once-foes into staunch allies and friends.  I then took some rather interesting questions from an engaged audience, who I’m glad to say were very positive towards my research. 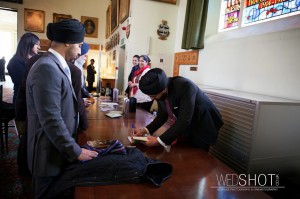 The event drew to a close with book signings and meeting many of those who attended.  And media interviews.

My only regret of the event was we couldn’t get more people in – we were fully booked within days of announcing the programme and couldn’t hold more than the +130 guests who came!  Nonetheless we had a fantastic and diverse audience, ranging from school children to businessmen, professionals and some veterans.  Our international guests included people from India and the USA.

Below are some of the comment’s we’ve received about the launch.  I would appreciate your thoughts too so please reply to this post if you attended, or if you would like to in future:

“I felt that the event had taken me through a journey in time from the birth of the Khalsa reminding us of the Sikh values that were bestowed upon us by Guru Gobind Singh Ji, to the battle in 1897, to the World Wars and then introducing us to 4 of the Sikhs currently serving in the British forces. Bridging over 100 years of history of the Sikhs serving  in the British forces was effortless and inspiring.  Every aspect of the event was organised and executed perfectly.” Surbjit Chadda

“I was privileged to be there and participate. The speakers, all of them, were superb. My special thanks to the organisers who spared no effort into making the event a complete success.  Great credit to the author Jay Singh-Sohal for publishing the book.  The news of the event last Wednesday (20th inst.) at Sandhurst should spread in the community and I hope more young Sikhs will come forward to join the armed forces.”  Rajinder Singh