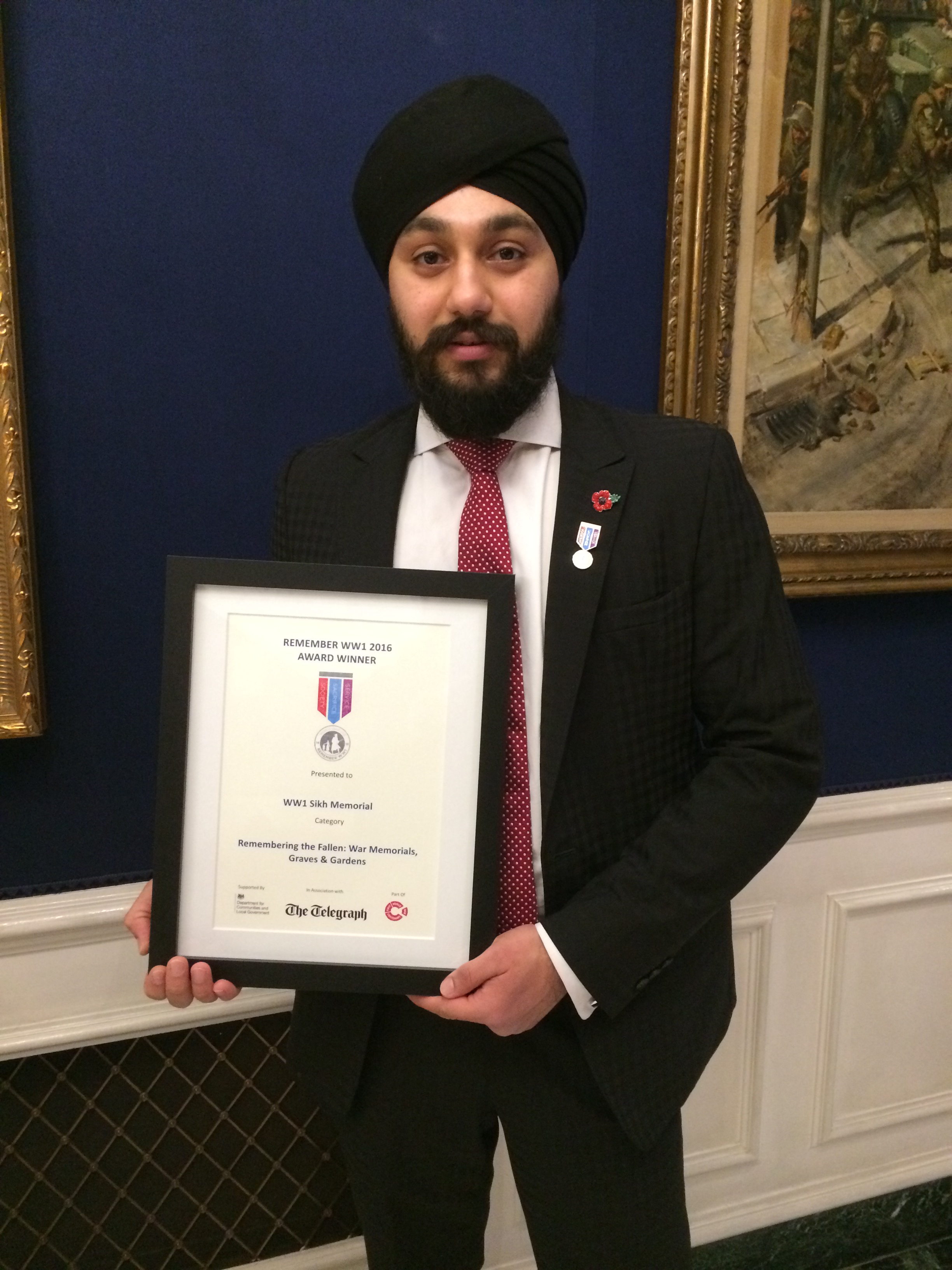 Britain’s first and only memorial to Sikh service during the First World War today won a prestigious award in London.

The “Remember WW” awards recognised the monument at a special ceremony at the Army and Navy Club in Pall Mall, where it won the category prize for “Remembering the Fallen: War Memorials, Graves and Gardens.”

The monuments creator and Chairman Jay Singh-Sohal said: “It’s an honour and privilege to be recognised in this way because the WW1 Sikh Memorial is so special. It’s in remembrance of our forebears who left their homes in the Punjab to travel far and fight in distant lands that we felt we needed to leave a lasting tribute in their name for future generations to recognise their heroism and sacrifice.

“We achieved our goal by being innovative and creative, thinking big and being bold in fundraising, engaging with different community groups and leading from the front in our efforts to leave a legacy of remembrance. The result is that we’re inspiring many people to find out how and why Sikhs served and also encouraging them to undertake public service too.

The “WW1 Sikh Memorial” was unveiled on 1st November 2015 at a lavish ceremony by senior military figures and leaders within the British Sikh community at the National Memorial Arboretum in Staffordshire.

The organisation behind the monument is now working to ensure lasting co-operation and support for Her Majesty’s Armed Forces amongst the community by encouraging Sikh groups to sign up to the Community Covenant, a statement of mutual support between a civilian community and its local armed forces community.