Abusing intellectual property is not on! 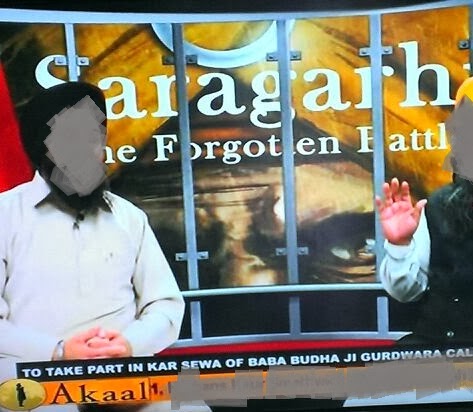 Further to the below post, I’ve now spoken to the founder/manager of Akaal Channel (AS Kooner).  We had a good measured conversation – and what struck me was that he wasn’t interested in £ but moving forward as a community and with good relations intact.

This is a very humbling and reassuring position – our work is here to benefit others, we give selflessly in what we do.  So despite mistakes we must always be willing to apologise and move on.  This is great to see from someone who runs a Sikh media channel.

Mr Kooner asked us to come and present our work regularly on Akaal Channel, which we declined.  Our films and productions reach a greater international audience online, nor are we interested in air time or fame.  But when we engage with ALL mainstream media on new releases, we will be willing to work with Akaal on promoting our work.

I now consider this matter at an end – it’s good to know that there is someone who is working professionally in the Indian media world – ontrast this to Mr “I Am Sikh media” over at Sikh Channel!

*** The original post is below so you can our original issue ***

I’ve never been one to disregard another persons rights over their intellectual property – as a journalist I have always acknowledged that plagiarism is wrong and that citing others work always deserves a credit.

As an independent researcher and history enthusiast – I balance my work and family life with my passion for making films about British Sikh history.  I’m not paid to do this nor do I make any money from the productions I create.  Indeed, I pay more for the privilege of trying to narrate the story of my ancestors – by paying a premium for archive images, by spending my own money on travel, expenses, interviews and eventually self-publishing my work.
So ironic that in the first infringement of my intellectual property this week I happened to have been at the British Library researching regimental histories when a friend sent me the below photo:

Akaal Channel did not ask my permission to use the cover of my book – nor had they contacted my team for it or acknowledged our work.  Having been told about this infringement I called the channel head to complain – he had no idea about the misuse!  This is a terrible example of unprofessional behaviour on the part of a so called broadcaster.
The Indian channels all plead poverty to their viewers – constantly asking for donations (notice the ticker at the bottom of the screen) and asking for money to keep their free to air services going.  But what about researchers and filmmakers like me?  We do not get any support from such channels nor do we ask for money from the community at large – our efforts are not just self-funded but self-supporting.  This is why I am irate at the infringement of my hard work and effort.
Steps will now be undertaken to ensure this does not happen – this blog post should be a warning to others that I will not tolerate anyone ripping off my work.
Further to that, I have now discovered that my work has ALSO been ripped off by a researcher in the States who has copied images from my book and ripped video from my online productions (free productions which we self-fund for others to enjoy) for his own trailer.
I am perplexed about what to do about the latter because I cannot take it seriously – it has spelling mistakes and is a shoddy piece of work.  But a copyright infringement nonetheless.  So on that note I have sent a request for the offending material to be taken down.
This blatant abuse of others hard work and efforts must end – I speak not only for myself but others I know of who have this same problem with their intellectual property rights being violated.
There are very few of us working on the British Sikh history agenda – this number will not grow (indeed it will dwindle) unless proper credit is given to those who undertake this important work at personal cost and so little gain.