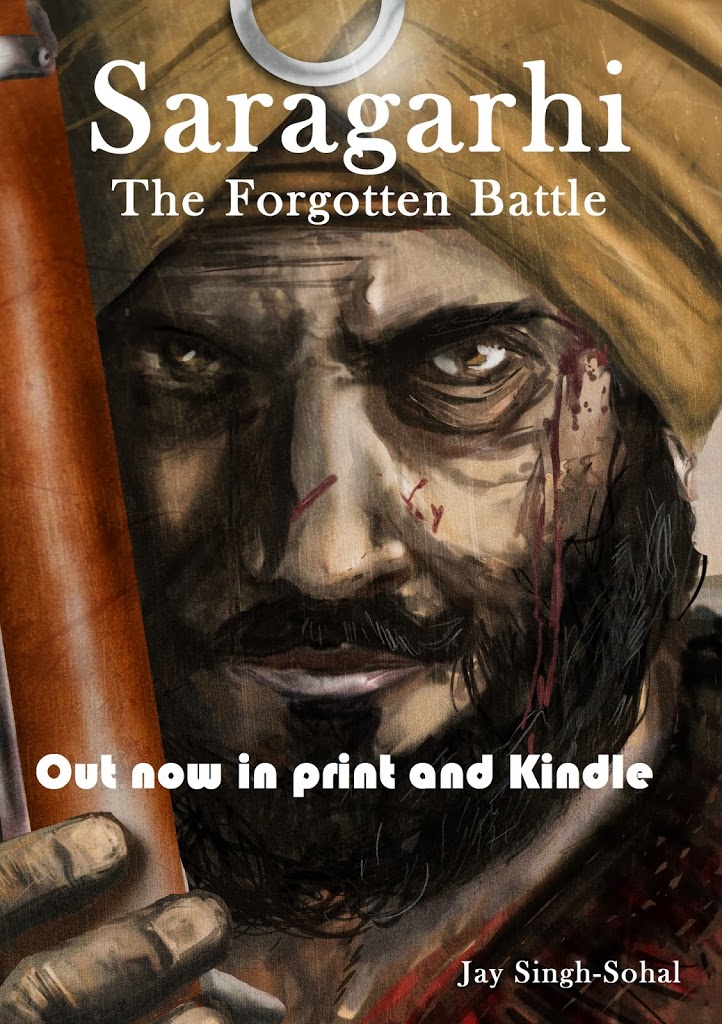 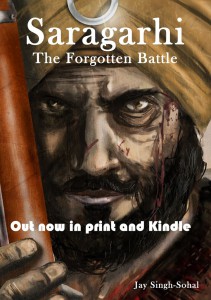 Publishing a book is like having a baby.  I should know – in 2013 I have both written and released my fourth book AND been blessed with a wonderful child who brings a smile to my face.

My book “Saragarhi: The Forgotten Battle” is a factual account of events on the Samana in 1897 in which 21 Sikh soldiers defended a small outpost against the onslaught of 10,000 Pathans.

My child is now seven months, and a wonderfully inquisitive child.  I didn’t know I would be writing a book in the same year we had her, but in doing so I am hopeful she will take a deep interest in all things Sikh and history.

Both are my babies, bringing tears as well as much pride over the past year; but I’d honestly say writing a book was just that bit slightly more difficult.  It’s because Saragarhi is a well-regarded battle with an almost mythical status.  Often compared to Thermopylae, the battle cemented the reputation of the Sikhs fighting for Britain during the Empire and before the need ever arose for Indian soldiers to fight in the Great War.

But the battle is still largely an unknown one, so I’m hopeful my research will bring it to mainstream audiences.  In researching the military history I relied upon the few primary sources that are left in the sub-continent and in London to tell the tale of the brave Sikhs who fought against overwhelming odds.  Finding never-before-seen images of the site was a real discovery, as has been using my military knowledge to find the site and location of the battle site.

Not to say having a child is easy, the broken sleep and sudden responsibility is overwhelming (as are the nappies) but somehow the mind adjusts to fatherhood very quickly – the body eventually follows.  It has no choice.  A child needs constant attention, and being disciplined and prepared for feeds, changes, and nap time requires a military mindset.

Both publishing and fatherhood are certainly complimentary in what they bring, late nights and bad memory.  The random moments of zoning out in quiet contemplation provided a distraction from each task, whether it be contemplating historic matters or recovering from lack of sleep.

With a book, the hard work is in finding the knowledge and bringing it together in a meaningful way to impart wisdom.

With a baby, every day is full of development as a child develops all the practical skills and experiences needed.

Both would not have been possible without teamwork. While my wife endured the hard work of bringing the latter into this world, the book is also a product of input from friends (and the other half again) who have helped in research and editing the final version.

I do not know whether my child will have any enduring memories of the process of me writing the book, but in dedicating it to her I am sure it will one day mean something.

Whether other children grow up reading about the glorious past of Sikhs who fought for Britain is something I can only hope will also happen.