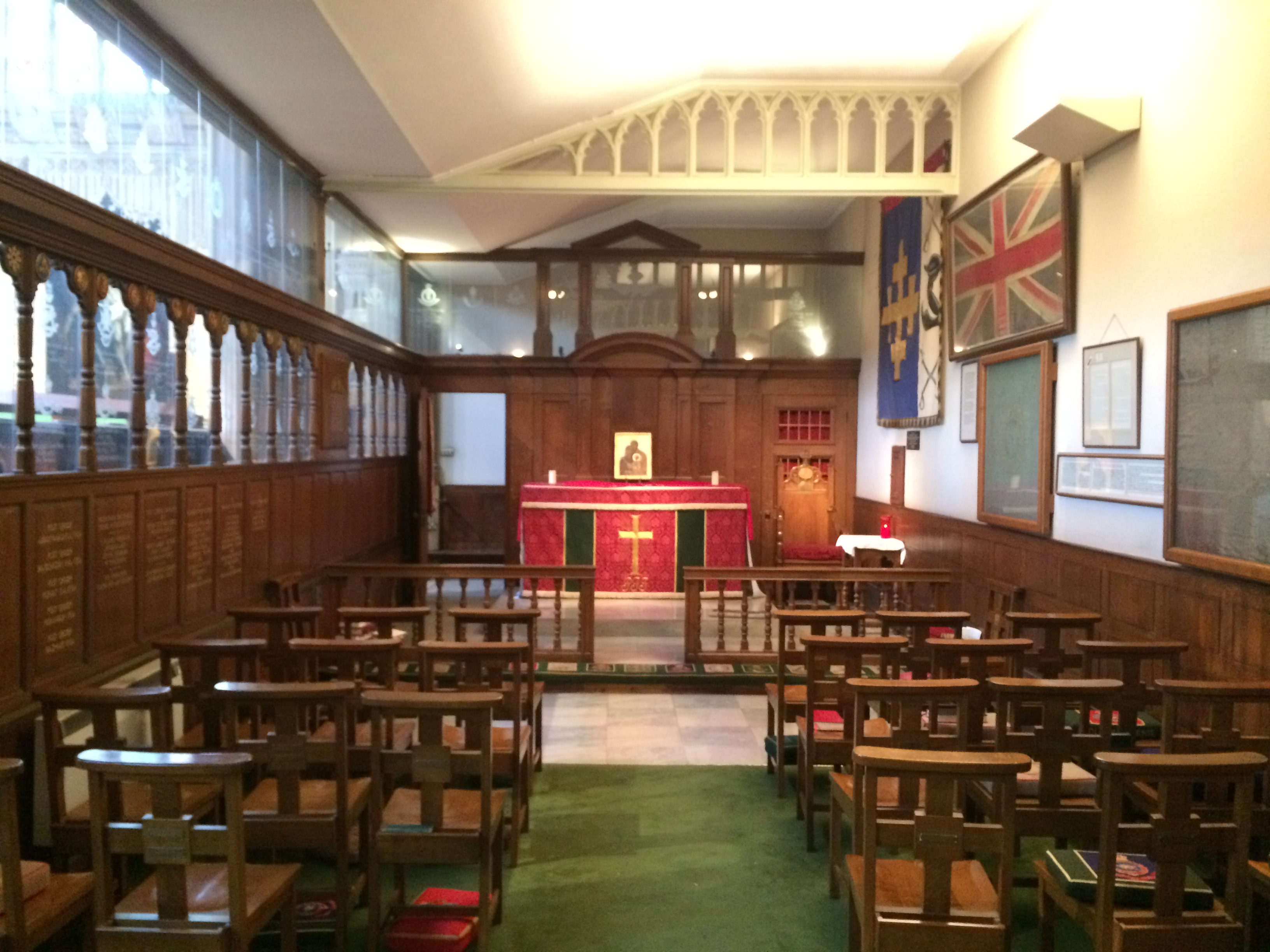 It’s been on the agenda for some time, but a rare day off in town allowed for a visit to St Luke’s church in Chelsea.

The church has a fascinating history and heritage which enthusiasts will find remarkable – for at this holy place are held the lasting memories of those who served and sacrificed with the Punjab Frontier Force.

Their story starts with the 2nd Sikh War, which ended in February 1849 and was followed by the annexation of the whole of the Sikh kingdom which extended to the borders of what is now Afghanistan.

A new force, the Transfrontier Brigade, was raised thereafter with fighting Sikh men, to be kept out of causing trouble in the Sikh homeland and to be sent to the frontier. These irregular levies were enlarged in 1851 and became the Punjab Frontier Force, or Piffers and they policed and protected the unruly border with Afghanistan for nearly a century, as well as being sent overseas during WW1 and WW2.

They served on the frontier, through the period of the punitive campaigns (including during Tirah and the standalone battle of Saragarhi) and through the 3rd Afghan war of 1919.

Sadly, the realities of independence in 1949 and the tragic subsequent partition of Punjab meant that the history these regiments represented had to be moved as it was realised that the Christian population of the North West frontier would be very small and that the churches at A 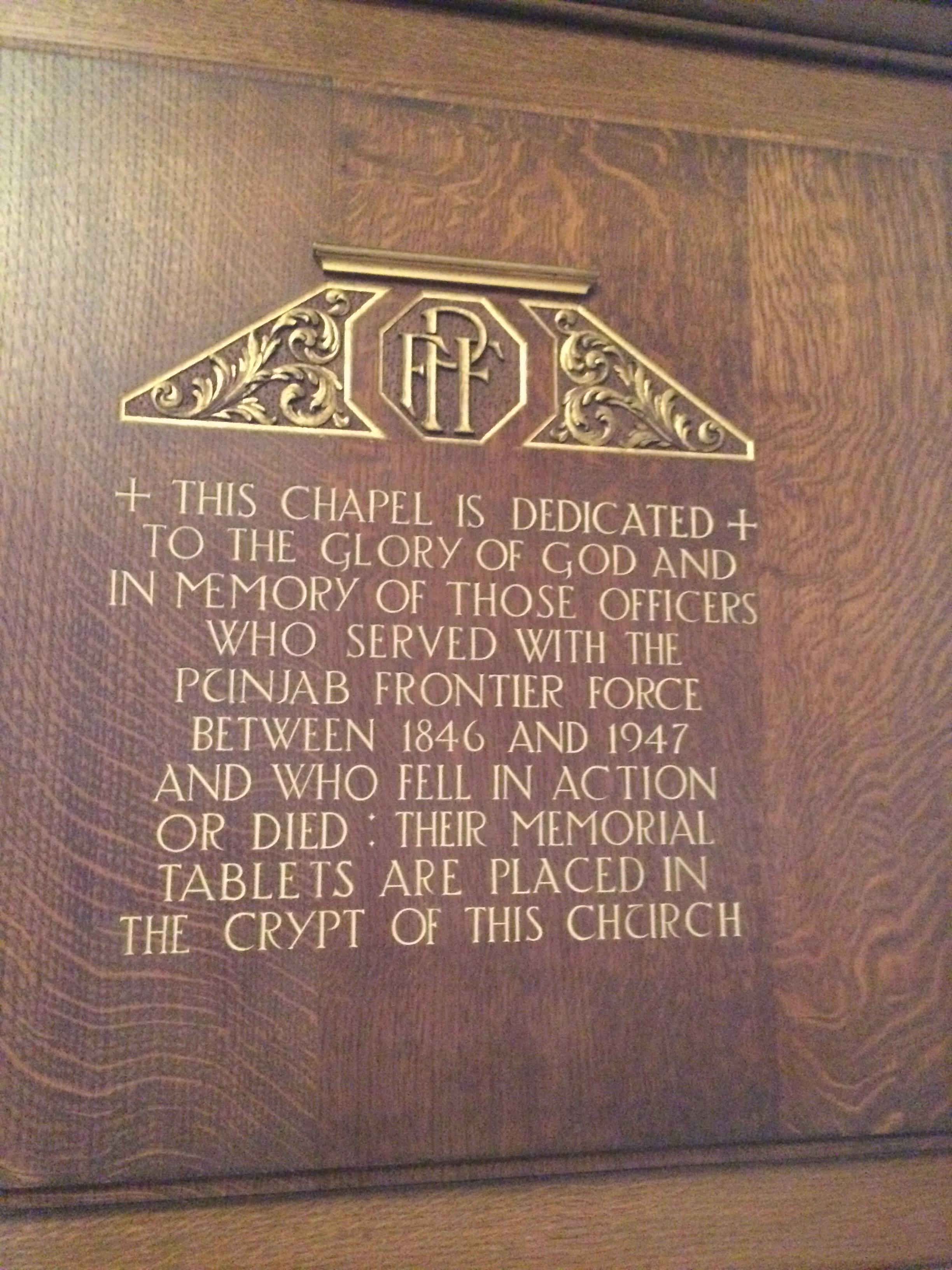 bbottabad (curiously where bin Laden was found), Kohat and Mardan etc would fall into disuse.

With few if any to care for the memorials to British officers in those places, it was decided to bring as many as possible back to England.

Lord Ismay and General Sir Rob Lockhart, who both served on the frontier, undertook the task of finding a church willing to allow the memorial tablets to be placed on their walls.

Eventually, after much work, they found St Luke’s in London for the site in England to pay long lasting testament to those Christian officers who led units of Sikhs, Hindus and Muslims. Here two rooms in the crYpt were offered for the placement of memorial tablets and the South Nave in which to build a Punjab Frontier Force chapel.

In June 1951 a service of dedication took place with the new installations in place, where the Lord Bishop of London led a service attended by more than 500 officers who’d served with the Punjab Frontier Force and their families.

Today in 2016, a visit to the chapel and church is a rare insight into an oft forgotten part of our history.  My enquiries about the chapel were warmly welcomed, and the Vicar stopped by to speak to me which was lovely.  I discovered not many Indians venture into the chapel and that their is much history still there to be explored and narrated.

I would strongly recommend those interested in Punjab and frontier history to pay a visit and discover some of the stories of those who served.

Upon my visit, I looked through the memorial book and saw so many names of officers who had served in frontier regiments and had died either there or during the Great War.  There were Victoria Cross recipients and Distinguished Service Order winners – such amazing acts of heroism and bravery to inspire us all.

It was an opportunity to solemnly reflect upon British Punjabi history – I’m so glad to see these archives have been preserved for future generations, but also that it gives people like me a chance to appreciate where we have come from as a community with a view to where we are going in Britain.

As if to thrust the point deeper into my emotions, as I left the church I happened to have walked into a dear comrade who I had served with overseas – what kismat!  Such serendipity is rare, and made me believe that everything happens for a reason.

Sometimes we forget, sometimes history forgets.  This cannot be left to be the case.  Let’s turn to ways to ensure our story is never forgotten…