After Annexation: Frontier Defence to the last stand at Saragarhi

On Sunday 4th June, we were invited to the fantastic Anglo-Sikhs Wars exhibiton in Leicester to make a presentation about what happened after the fall of the second Sikh Empire. 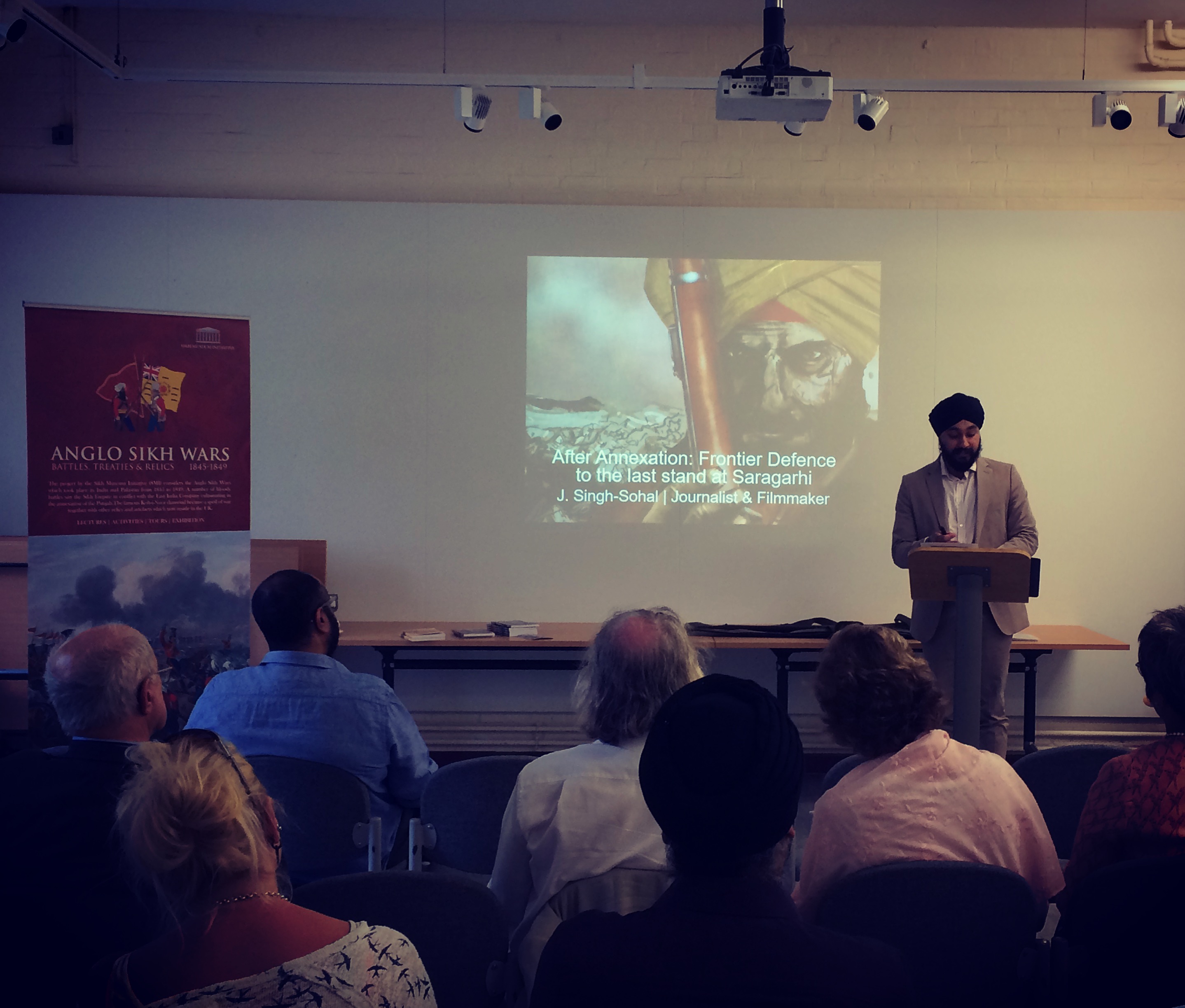 “After Annexation: Frontier Defence to the last stand at Saragarhi” was presented by writer and filmmaker J. Singh-Sohal (pictured) and delved into how the Sikhs went from being the fiercest of British foes to the staunchest of allies.

It took in not only the development of the Sikhs in the various units that were raised to serve on the North West Frontier, but the current context of Islamist terrorism which we see – which has some similarity to what led to the tribal uprisings of 1897.

The talk covered the battle of Saragarhi in depth, through photographs and eye witness accounts of the heroism on the Samana.

The audience also had a chance to handle the rifle used by the Sikhs – the Martini Henry Mk IV.

Thanks to the organisers Sikh Museum for putting together such a fantastic exhibition and series of talks.

A video of the talk will be shared in due course.