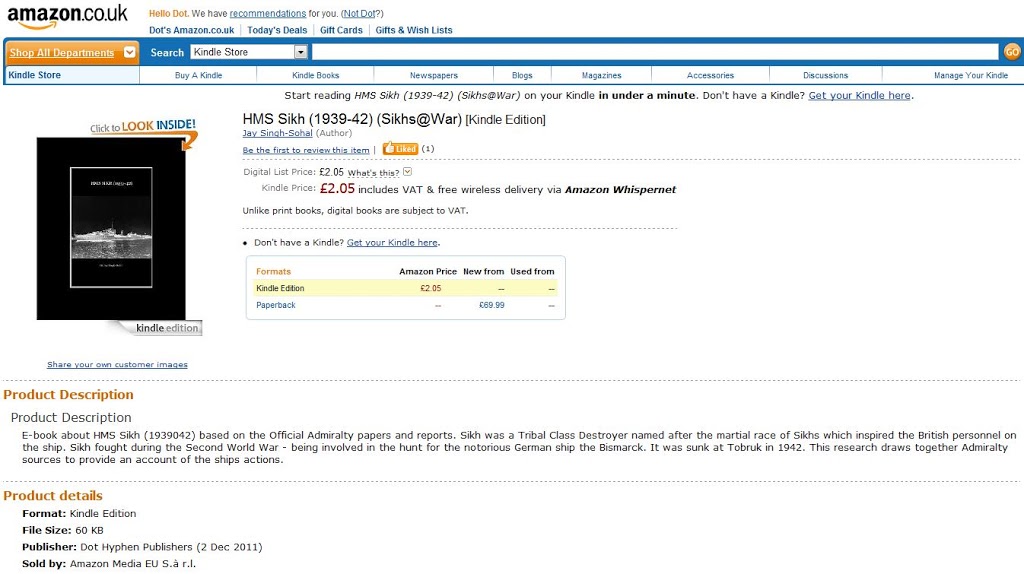 Two months after it’s release, we’ve had a fantastic response so far to the e-book version of HMS Sikh – which is available (below) on Kindle via the Amazon store. 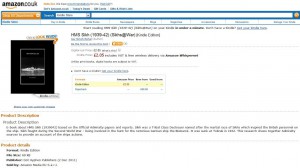 Click for link here
The book was originally a research paper I wrote as I explored making a short film for the Sikhs@War project. But the footage never quiet lived up to do the project justice, and so I released my written research first as a short book.
But knowledge should be available for all to access – and it was a defining moment for the Sikhs@War project to release this as an ebook, demand has been high and so too has the thirst for quality research.
Our sales stats have been very healthy indeed, but rather than being about making profit what we’ve learnt is that this is a new generation of history enthusiasts who want to learn more about the Sikh contribution to the World Wars.
While the HMS Sikh did not have any serving Sikh personnel on board, it was certainly named and launched with the martial race in mind.
With this in mind, we’re pursuing our research interests through the Sikhs@War project and will have more ebooks in store soon!